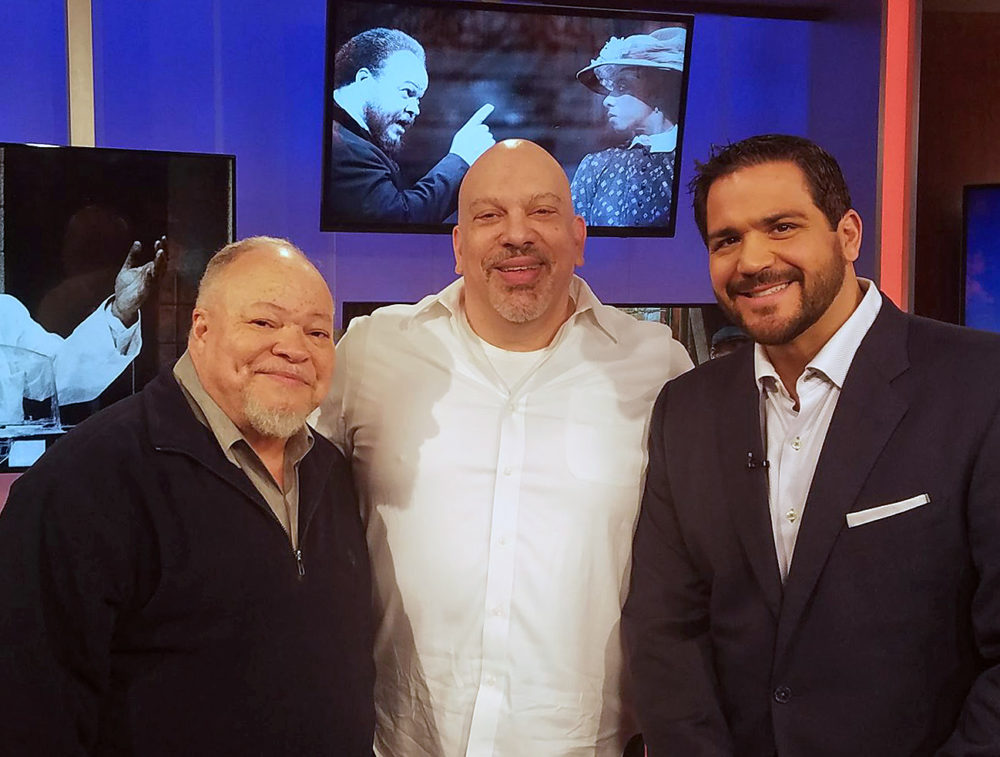 It’s been a long, highly eventful journey for Joseph DiPasquale growing up in the Lock City, moving to L.A. after attending Syracuse University, and now back again.

With tomorrow’s premiere of “RISE,” a TV newsmagazine co-hosted by Joe Mesi on WGRZ, he’s bringing another part of his L.A. story to Western New York in the form of acclaimed stage and TV actor Stephen McKinley Henderson, above left, as well as iconic Rolling Stone illustrator Philip Burke.

The pilot episode, airing tomorrow at 7 a.m. on Saturday, and at 1:30 a.m. Sunday, following “Saturday Night Live,” is intended to be the first of a series of programs about the revitalization of Buffalo and the surrounding area. (The first episode, however, is being marketed as an Academy Awards special.)

In addition to serving as a film producer, DiPasquale is also involved in community issues and holds a doctorate in American culture.

He played that last role Wednesday at the Italian Cultural Center of Buffalo, which is a non-profit organization promoting Italian culture locally. There, DiPasquale spoke about the Italian-American image of the past 100 years through culture, politics and media — a subject he knows much about first-hand and through teaching about it at the University of Buffalo — and looking these identity issues from internal and external perspectives.

As executive producer of “RISE,” DiPasquale has been guiding the show through various iterations and associations with other Buffalo media during the past year as well as co-hosts for homegrown-boxing sensation Mesi, with whom DiPasquale has worked with on other projects. 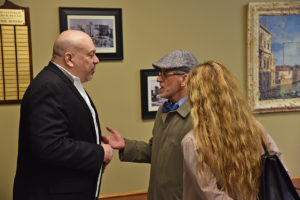 Lockport’s Dr. Joseph DiPasquale at The Centro Culturale Italiano di Buffalo on Hertel Ave. after his lecture Wednesday exploring the image of Italian-Americans in media, politics and culture.

Posted In
events, Lockport, People, people
Tags
About The Author