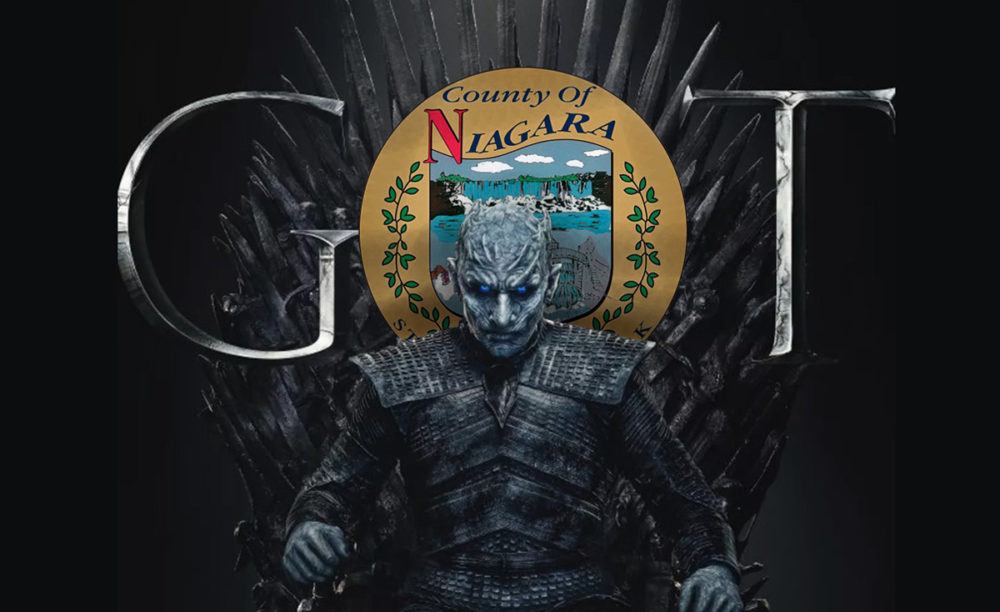 by Joseph KisselApril 26, 2019
If you know Winterfell and the Water Gardens, but can’t tell a Wojtaszek from a White Walker, you might need to read this ...

The most-watched TV series on the planet — which is wrapping up a record-breaking eight-year run — isn’t really about dragons, knights or wights in George R.R. Martin’s fictional Westeros, which itself is loosely based on England’s “War of the Roses.”

Given that, not surprisingly, it’s really all about politics: family dynasties, secretive back-room bargaining and backstabbing as well as plenty of revenge served up with ice and fire.

As we dive into the last epic season of GOT, can local fans of the record-breaking series — which hasn’t aired new episodes in almost two years — find insights and parallels between Niagara County’s 2019 political scene and the one coming to a conclusion in a pre-mechanical Westeros?

WIN OR DIE … OR JUST LIE

If there’s one incontrovertible political truth in “Game of Thrones,” it’s that every dynasty comes to end and a new one begins.

In Niagara County, we’ve experienced and suffered under one-party rule for 40 years. As the oppressive and undisputed Targaryen and Lannister reigns demonstrate, one-party rule isn’t good for the region or its people and isn’t in the majority’s best interests.

So instead of dragon fire and torture, Niagara County’s current undisputed ruling class foments voter apathy and ensures the continued existence of its “friends and family” system of minority government by dropping a major deception on a key faction in Niagara County worthy of a GOT season finale.

That “key faction” is the Independence Party of Niagara County, which purportedly caters to the “independent” free folk of the North, but it’s actually controlled by agents and family of Niagara County’s current ruling class.

The official chairwoman of the Independence Party in Niagara County remarkably resembles key Lannister ally Walder Frey. Luring “independents” to the table, their political throats are slashed and their votes enable the continuation of a 40-year dynasty in Westeros, err, Niagara County.

So, historically, voting for an Independence Party-endorsed candidate was like voting for the Lannisters and the Mad King rolled into one.

But this year, Walder Frey’s Independence Party — in a story pivot revealing a desire to remain relevant once “Winter is Over” — they are endorsing a small number of actual independent-minded candidates who could prove helpful in shaking up the 40 years of status quo, same-party politics here.

So although the Lannisters, Independence Party and Boltons are indisputably deceptive, power hungry, corrupt and despicable, we all know the the real threat to Niagara County is The Night King and his army of white walkers and undead wights.

Naturally, the local population flees — losing more than 6,000 residents since 2010 — to states with lower taxes and warmer weather spurred on by Niagara County’s closed, unwelcoming political climate and the well-documented casual corruption at the county level that encourages a general trickle-down ineptitude and drone mentality on the town boards and small councils.

Following in The Night King’s wake, of course, are legions of undead wights, former free folk whose vigor and wealth have been sucked from them by the greed, avarice and deception of The Night King and the ruling class here.

So who is Niagara County’s Night King?

He’s the king of Off Track Betting and a former county dynasty chairman, lawyer Henry Wojtaszek. (A quick Google search brings up the complicated history of Niagara’s Night King.)

After inheriting it from the dynasty progenitor George Maziarz — who set into motion everything we see (and don’t see) today — Wojtaszek has always been at the forefront of power in the North.

(I have never met or even been in the same room as this The Night King, but judging by Jon Snow’s horrified reaction every time they get within shouting distance during battle, I don’t need to.)

So be ready for the breathtaking battle scenes soon to come. June 25th is primary election day (a new, earlier date this year) for Niagara County’s Independence Party.

And, of course, Nov. 5, when North Tonawanda and Niagara County chooses between more Night King and more Lannisters or vote for a new age when the people matter most.

Not the decaying, corrupt “Niagara County royalty” and their small circle that benefits from ruling and draining the free folk for 40 years and sending the rest running for the borders. 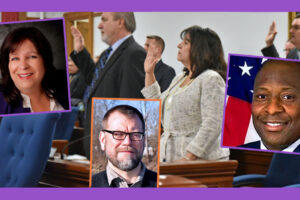 Games Without Frontiers: Ranking the political deceptions facing endorsed WFP candidates across Niagara County
EDITORIAL: It’s not the end of the world as we know it
Swerves unnerve motorists at busy boulevard intersection; no fix until “early summer”
Mike Zimmerman, NT’s head of economic development, resigns; thanked by council for service
Relief amongst WFP-endorsed candidates after meritless Republican lawsuit gets dismissed
Looks like North Tonawanda, Austin Tylec is getting that ethics review board after all
Austin Tylec kicks off NT’s next chapter; announces campaign to be its next mayor
The Blizzard of ’77: Fast, furious and unforgettable 44 years later
View All
Trending
Heat Index
SORT