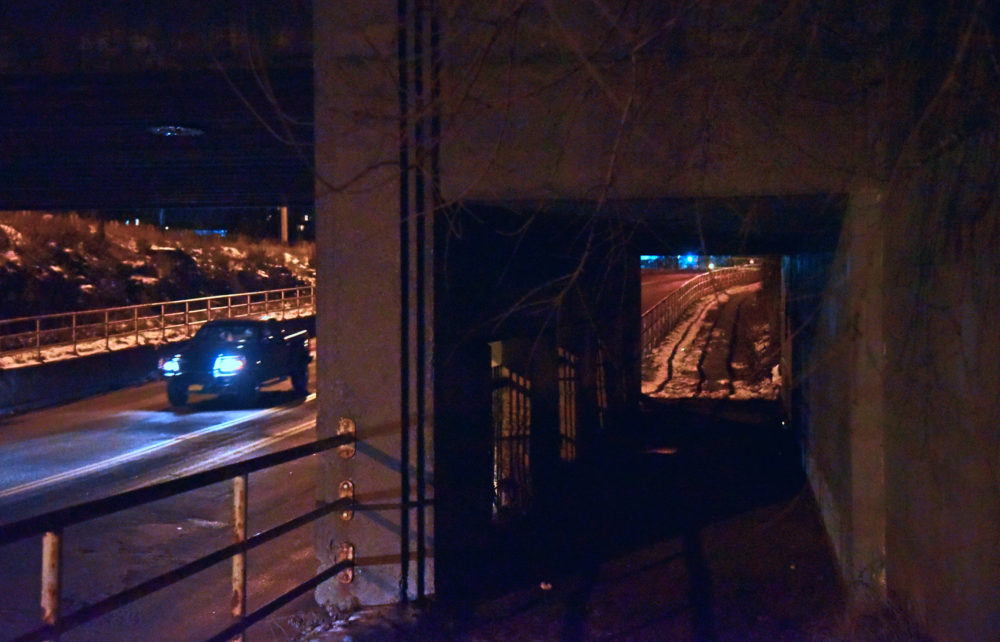 City of Lockport councilman Joe Oates recently asked his colleagues on the council to provide a short list of projects in their ward that they’d like to see accomplished during 2017.

It’s a commendable act of accountability and ambition as well as its singularity across the councils in Niagara Falls, Wheatfield and North Tonawanda.

Oates’ personal project for 2017 is to clean up and make safer the Gooding Street underpass.

“Let’s get the handrails painted and the brush cut back and get some ground cover,” Oates said. “Clean it up and get some lights in there for the people who are are walking through there at night. It’s a gateway to the city if you’re coming in from the north. Let’s just give it a better appearance.” 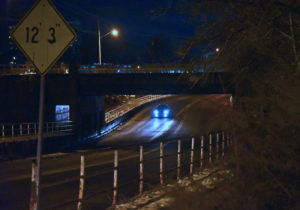 The Gooding Street underpass. Considering Lockport is home to so many artists, perhaps that would be a good location for another mural.

There’s also a triangle-shaped lot on Mill Street that the city owns that could use some attention, he said.

As far as general city issues go, the 1st Ward Alderman said Lockport could benefit from a more defined evacuation plan for its residents, with improved communication between the police, fire department and residents being a goal.

“Once the first trucks got in place,” Oates said in regards to the massive Stevens Street fire during the summer, “people couldn’t get their cars out. And transportation to the shelters was an issue. Where do they take their pets?” 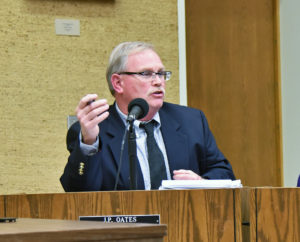 New council president Eric Zadzilka said rejuvenating the Botanical Gardens along the Erie Canal — and getting the community involved with that process — will be his continuing ward project during 2017.

Council endeavors will include refurbishment of the Toellner water tank at the end of Wurlitzer Drive.

“We are looking really strongly at our infrastructure and our development,” Zadzilka said.

“As council president there are things I see like the Toellner water tank that we really need to replace. These are things that have been around for awhile and no administration has put yesterday’s problems to bed. So they’ve been there, and they are existing. I’m happy to say we are able to take on that kind of project and have money to put towards it because its a big project and it’s essential. Along with the roads and how to better serve the community when it comes to public safety and our infrastructure.” 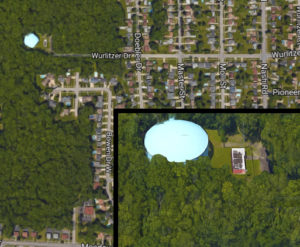 Zadzilka started a committee to beautify the Botanical Gardens along the Erie Canal, which is located in his 3rd-ward district.

“It’s been doing really well. We have a committee and we are looking at getting a 501 c3 so that we can have the residents and the community involved in helping with the upkeep and restoring it.”

Joe Lavey is head of the committee, he said.

The list of improvements during 2016 included cleanups, tree plantings and a gazebo erected with casino funds.

“We’re interested in improvements that would sustain the gardens but be easier to maintain,” Zadzilka said. Ideas for events there could include an ice rink during the winter as well as a Christmas tree lot, he said. 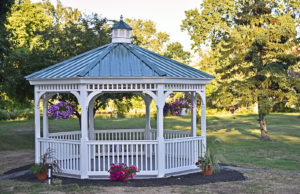 The new gazebo at NT’s Botanical Garden has already become a popular destination for wedding photos.