Relief amongst WFP-endorsed candidates after meritless Republican lawsuit get...
Sections
Lockport
Now Reading
Resident Houston asks: Would you want your family treated like black people in this city?
NextPrev
Contents
938 768 1
3

Resident Houston asks: Would you want your family treated like black people in this city? 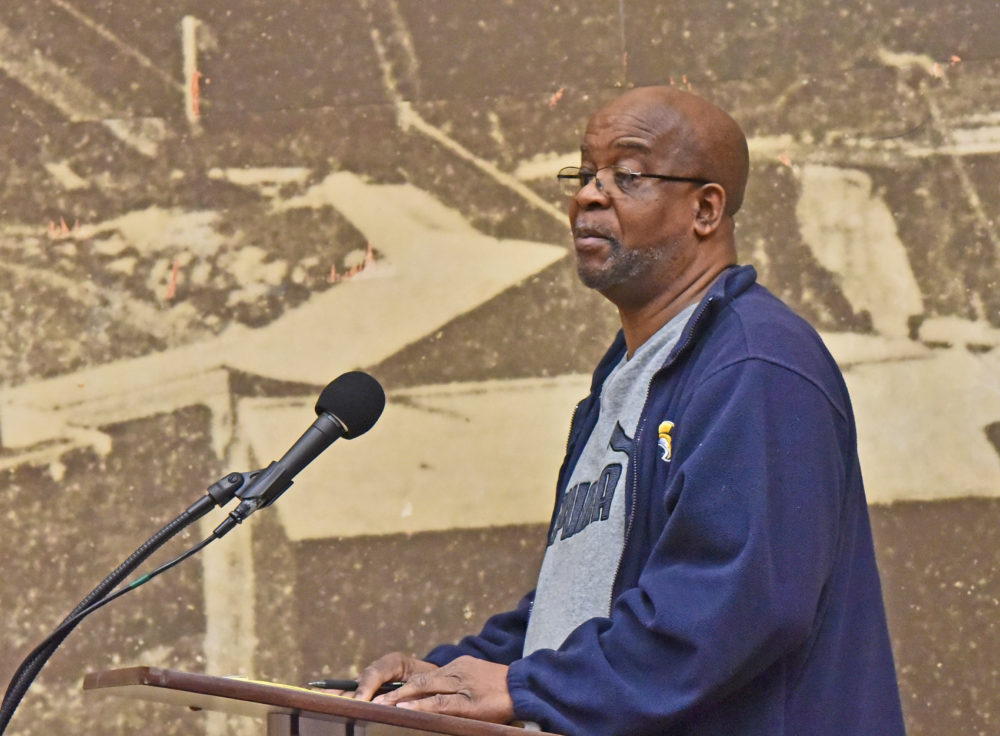 by Joseph KisselFebruary 3, 2017
Raises questions about the zoning of building at Corinthia and Trowbridge.

Steve Houston (above) addressed the Lockport Common Council on Wednesday during the public comment section of the meeting.

“My first question is: how long does it take to notify the assessor’s office to find out who owns the property across from my house? To notify those people to either come out or the city is supposed to clean it up. I’ve been bringing this issue up for quite a while now and nothing has been done.”

“And these are people who say they’re doing a good job? Good for who? Not for us.”

“I’m tired of paying taxes into a system that encourages the oppression of black people while giving every other ethnic group an opportunity to come into our community and economically rape us. They take the funds out but they put nothing back. They don’t hire our people. Yet still, you encourage and approve their practices. And that’s got to stop.”

“I asked you before about the building on Corinthia and Trowbridge. That property was empty for quite a few years. According to the city’s charter that was supposed to revert back to residential. It never did. Evidently, somebody made a backroom deal.”

“Some people say well maybe I shouldn’t talk about race. But I ask you, council and the people in the audience and the people watching on TV.  How many of you want your family members — wife, sisters, brothers, mother, father — to be treated like black people are this city, state or country? Let’s see a show of hands before I walk away. Anybody? Who would want that treatment for their family?”

Nobody raises a hand.

“We are tired of being dumped on,” said Steve Houston. “We are looking for opportunity and we get nothing. We get the old waiting game. We come down here with an issue and you never reply to anything. You put us on hold week after week and month after month and year after year.”

Houston: One minute … (pauses) I’ll be back. Thanks.