Former Niagara County Manager Jeff Glatz has been chosen by the North Tonawanda City Council to fill the at-large position being vacated by Catherine Schwandt.

Glatz’ resume’ particularly impressed the council with his “work leadership” as well as his “advanced and expansive knowledge of budgets,” according to new council president Eric Zadzilka.

“He’s a multifaceted person used to dealing with people in many different areas,” Zadzilka said.

Glatz also served on the NT board of education.

Berube is a past chairman of the NT planning commission as well as serving on several committees including the board of assessment review. 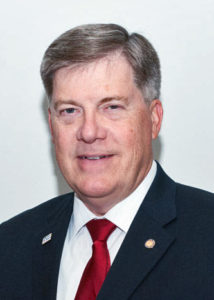 “Both guys seem like they are very accessible,” Zadzilka said. “We were pretty unanimous in our choices.” The council conducted three hours of interviews on Tuesday evening.

All candidates were asked five questions, including why they were looking to serve as well as how they would work with the existing council members.

Zadzilka said he is looking to have Glatz and Berube officially appointed at the next common council meeting, which is 6:30 p.m. Tuesday in NT City Hall.