Relief amongst WFP-endorsed candidates after meritless Republican lawsuit get...
Sections
Niagara Falls
Now Reading
Nobody knows how city will suffer after loss of casino funds; overtime is over
NextPrev
Contents
1101 1101
0

Nobody knows how city will suffer after loss of casino funds; overtime is over 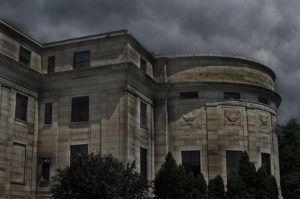 The dark clouds gathering around the City of Niagara Falls represent the imminent loss of $22-million a year in casino revenues that caught everyone — including the state — off guard.

“How long will we be solvent if we receive no payments for a couple of years?” asked councilman Kenny Tompkins of City Controller Daniel Morello.

“The amount of time this could drag on is unknown,” said Morello. “All we can do is control the spending we have. We have to be smart how we spend funds. I am working with the city administrator on a cash-flow analysis to use it in the most efficient way possible.”

Morello said the city’s rising parking revenue could be used to partially offset the loss of casino funds as well as other ways of raising revenue.

“A portion of the casino funds that’s received in 2016 is already set for the 2018 budget,” Morello said. “So on top of the $5.1 million available for discretionary use we also have about $3.4 reserved for the 2018 budget. And that balance does not include any of the 4th quarter payment. We anticipate this portion of the Q4 payment that we we will receive will go toward the reserve funding in the budget.”

“I am working with the city administrator and the goal is to reduce these casino funds by by at least $10 million in the 2018 budget compared to the 2017 budget,” Morello said. 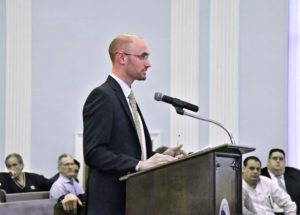 Mayor Paul Dyster offered some insight into the casino funds role in the city’s budget.

“The $10.9 million that’s budgeted for 2017 is not expended. Some of it is. But a lot of it is not expended,” said Dyster. “So that gives us the opportunity to go back and look at those expenditures and prioritize those. So some portion of that if we decided we want to hold it as fund balance we can slow projects, not start a project or find other ways to hold onto some portion of that money longer.”

If the 2017 budget is spent the way it currently reads, there will be $10.9 million left in casino funds, Dyster said.

“The city is caught in the middle of this thing,” said councilman Andrew Touma. “And it’s a very difficult spot. And my suggestion to you mayor was that because there’s a lot of unknowns that we have a 90-day moratorium on casino spending. And I think because at the end of the day we have look out for our constituents and moving forward with the 2018 budget and spending in 2017 that would be my suggestion. Moving forward that’s something I think would be prudent. We have to make the best decisions with what’s in front of us.”

Dyster responds: “I don’t think we want to act in a panicky way.”

“We have certain expenditures that we have budgeted with revenues that are in hand that are time sensitive. For example, paving programs are funded with casino revenues. If we forgo that opportunity, it’s not like we can decide that we are good to go in November. You get one shot at this stuff during the warm weather. And it’s not like those streets are going to somehow fix themselves. if we don’t get to them now, we are going to have to get to them at some point in the future.”

“We are trying to be very prudent in our use of every single dollar especially in the circumstances of casino dollars,” Dyster said. “But we are also trying to do something that we was very successful with the last time there was  a disruption in the casino revenues. And that is, being very, very prudent cash manager with preserving our cash position. At the same time, get done the things that have to get done in order to keep the city functioning. This is something we will be discussing with the council in coming days.”

“The conversation I’ve had with both the state officials and with Tdd Gates, President of the Seneca Nation of Indians, is I think there’s a recognition that we cannot have a repeat of the situation last time, when it took some 40+ months in order to resolve the outstanding disputes between the Senecas and the State of New York. And generally speaking if look at the public pronouncement s they have made they both recognize that wouldn’t be fair to the City of Niagara Falls. I hope people will take some comfort in the fact, we’ve been through a very difficult situation like this before and we were able to keep the city government functioning. We did not default on any obligation, we didn’t have to cancel any major project, never laid anyone off. And that was almost four years worth of disruption.”

“It’s not our expectation that we would have go through something like that again. We are going to assist in trying to resolve the situation between the state and the Seneca Nation of Indians.”

In other city financial news, Morello said he’s going to take over finance section of the online documents.

“There’s a little confusion over the posting of certain reports. Looks like the budget performance reports haven’t been posted since last April. So I’ll start posting those more timely on a monthly basis.”

In addition, he said because some departments are close to going over budget — mainly from the March storms — city employees will not be getting overtime pay effective last week.