Lodge on Goat Island will have ‘no positive impact’ for Falls, councilman Tompkins says 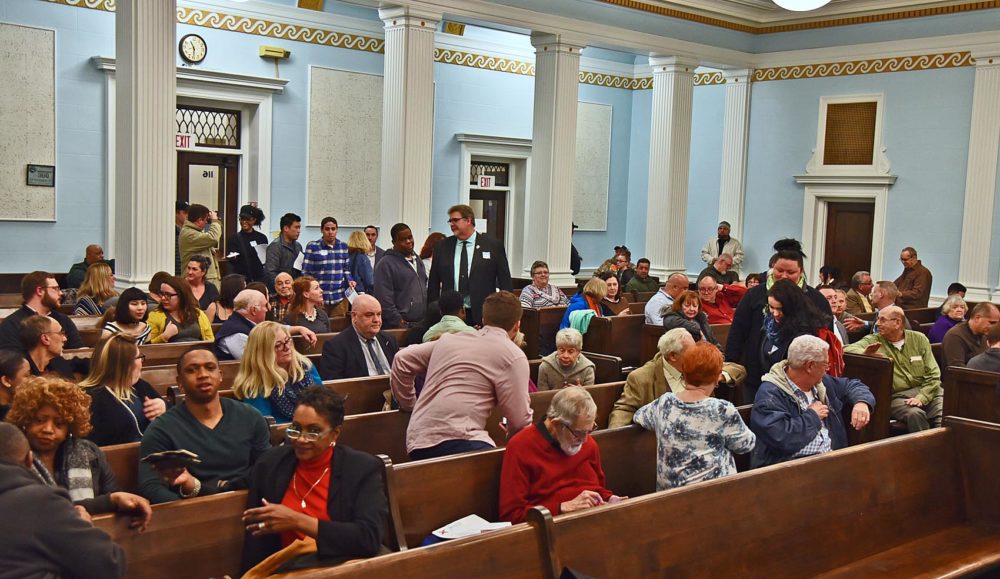 My name is Kenny Tompkins and I am writing to you today as an elected official of the City of Niagara Falls, NY. Recently, you visited Niagara Falls and made a spectacular announcement about the state’s intent to build a lodge on Goat Island. The purpose, as you proclaimed, was to “help” our city.

As a member of the Niagara Falls City Council, let me assure you this is not a project that will have any positive impact on our city and economic potential. In fact, I see it having quite the opposite effect in that it will benefit one vendor and the state. Further, no matter where it’s located, it will permanently destroy the natural beauty of a designated Olmstead Park. Regardless of Mayor Paul Dyster’s spin about the proposed location itself and his attempts to justify your plans, let me reiterate: GOAT ISLAND DOES NOT NEED A LODGE.

Since your announcement, I have been deluged with calls from my constituents, each of whom has expressed their grave concerns about your announcement. They are appalled to think that the state would even consider putting profits before preserving one of the most unique views of our world wonder.

Our residents are not fooled. They recognize that this will only serve to keep visitors out of the city and instead spend their time and money only on Goat Island and in the state parks. They know this will not help our city prosper and could send us even further into decline.

In order for our city to grow, we need to spur economic development outside of the areas by the parks. We need to improve the conditions of our streets, sidewalks, lighting, and overall appearance so that visitors and residents can feel safe. We need to expand our tourist areas along Pine Avenue and Main Street, creating retail businesses, restaurants, and other opportunities to build our tax base.

If you want to invest in Niagara Falls, this is where we need it.

Rather than sinking funds into a lodge on Goat Island, please redirect the resources to our city. Let us use these funds to make a difference in growing our city businesses and tax bases.

New York State Senator Robert Ortt has already proposed his plan to bring the lion’s share of the casino funds back to the city. I also propose that the state give our city 50% of the revenue intake for parking at the Niagara Reservation Park and on Goat Island. This would allow us to improve road conditions, improve congestion in the area, and beef up police presence to keep traffic moving and people safe.

If you want to invest in Niagara Falls, this is how you can do it.

The city of Niagara Falls is host to millions of people from around the world every year. However, rarely do we enjoy the economic benefits of this tourism trade in terms of money invested in expanding our city’s prosperity. Already, there is an imbalance in terms of the cost to the city (police, fire, and DPW support for the areas that surround the parks) and the profits the state enjoys.

I ask you, as an elected official of Niagara Falls, to follow the will of the people we have both been elected to serve and redirect these funds to where they can have the most positive impact on our city.