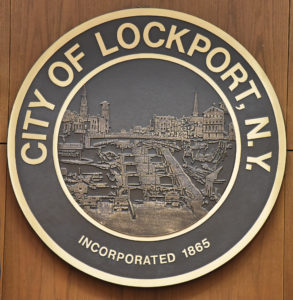 “I want to address the article in today’s Lockport newspaper on the opinion page panning three of our council members for not attending the Mayor’s charity ball,” said Shirley Nicholas at Wednesday’s common council meeting.

“This is the right of our mayor to have this, but is it necessary for council members who have important jobs or a business to run to attend? I think not as this is merely a political event.”

“By attending, will it help to fix our roads, our aging water lines, help a church in need or the extremely important work of cleaning up the pollution in our city, which is making our citizens sick and dying.”

“I would think people who do not and have not contributed something really positive to keep quiet as they did nothing, especially when it comes to the pollution. They attended meetings but it was only me and Jean Kinney who got Kathy Hochul to get it on the Superfund list and Senator Schumer to move the five families. Jean and I did it without any of the previous council’s help.”

“So you tell us how would attending a charity ball help us with any of the city’s problems? It was a party not a workshop. As for donating to a charity, you can do that without attending.”

“Some people are confused, and it’s no wonder we got into the mess we did. You know it’s an election year when Kitty Fogle starts with her political fodder.”