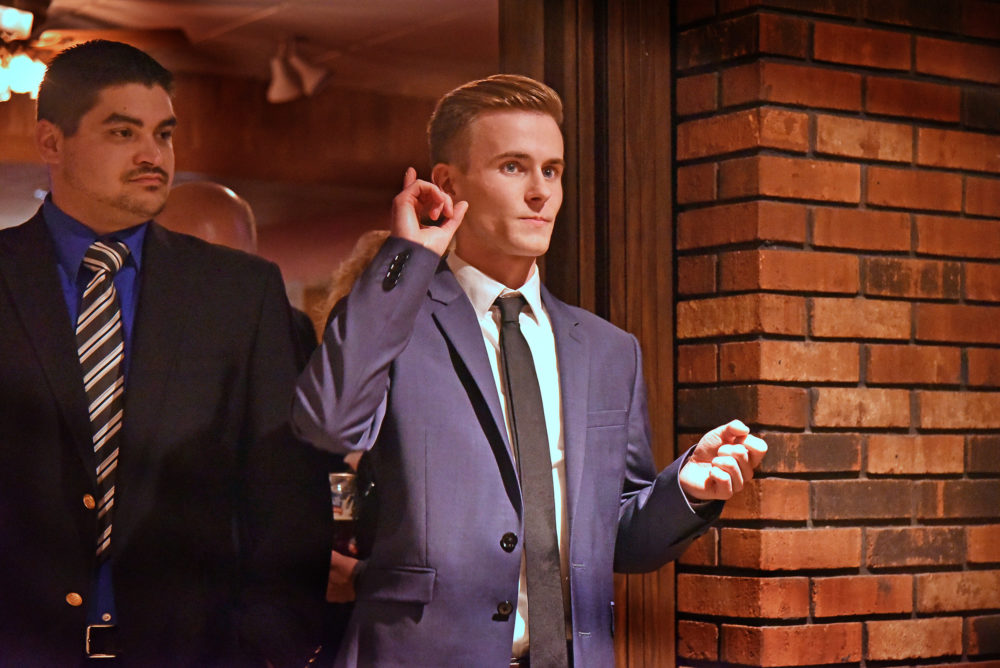 For those residents praying Jeffrey Glatz isn’t through participating in the governance of the City of North Tonawanda, a ray of light presented itself this week.

After failing to beat 25-year-old recent college graduate Austin Tylec (above on election night), Glatz will lose his vote come January when his appointed term runs out and Tylec takes his place on the dais.

But there’s hope for the veteran administrator and former school-board president.

Unfortunately, Mayor Arthur Pappas’ administrative assistant Peter Drossos lost his position for that break in the clouds to appear.

“He is no longer with us,” said Mayor Arthur Pappas, who recently won re-election with a strong victory over pastor and realtor Jim McGinnis.

When will the position be filled? Or might it be eliminated for budget savings like Niagara Falls did last week?

“It’s just not being filled uh … well, it’s vacant indefinitely,” Pappas said. “Eventually, it will be filled but not right away.”

“No. Because it has not been advertised,” Pappas said.

With Plan A thwarted, council watchers are on the lookout for Plan B …