“Rockin’ on the River” brings Panda’s Keller back to NT 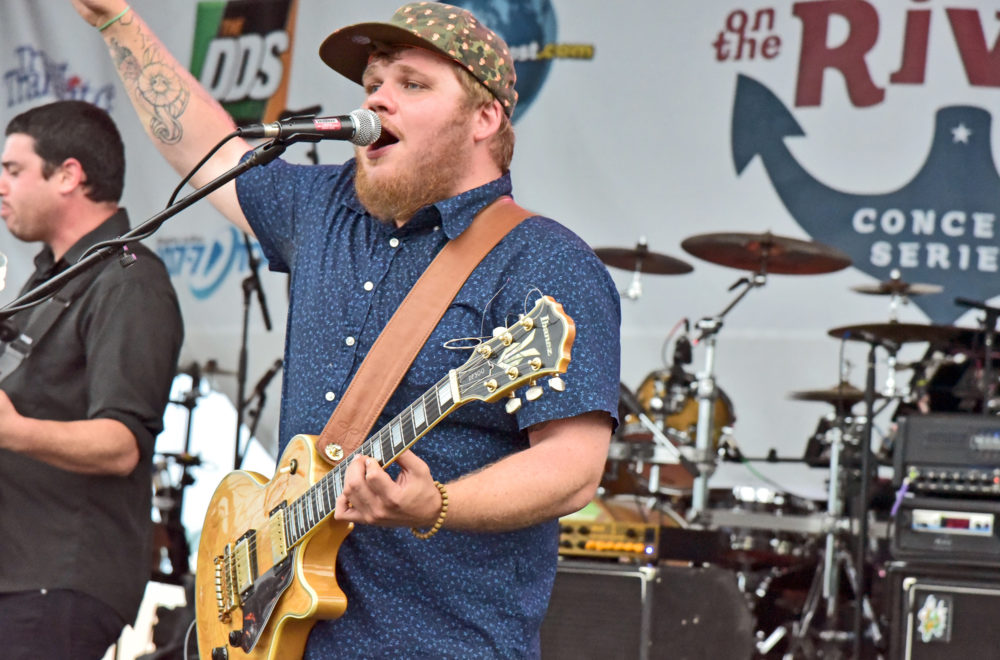 Nobody was “breaking up the party” last Friday, when Giant Panda Guerrilla Dub Squad took the stage and lit up the crowd with a big dancey set at NT’s “Rockin’ On the River.”

During the song “Mr. Cop” Keller said he noticed some of the police moving toward the throng of people after their iconic reggae song got through the first chorus.

Meanwhile, the crowd went about their business, dancing and feeling the bouncy buzz of Panda’s set, which also featured another Keller-penned tune called “Family Sake.”

“The shows in Western New York are really special to us,” said Keller. “They always feel like family affairs. Nothing compares with when you play at home. It’s just a unique and special feeling.”

Keller’s been all over North America with G.P.G.D.S., and the band has its sights set next on touring Europe in support of their in-the-works third album. The first two — “Slow Down” and the lyrically driven Americana roots of “Country” — have been well-received, and the band performs more than 60 shows a year, Keller said.

“We’ve played really big shows and been in front of bigger crowds but it’s really special to be back in NT. I haven’t played there since the Headie Lamar days,” he said of another NT band from the early 2000s.

While most of Panda’s members reside in Rochester, Keller lives in Ithaca, where he’s an avid fisherman as well.

It’s obvious Keller loves hooks as he delivered plenty of them during Panda’s set, turning to the saxophone for another song near the end.

It’s the saxophone that started Keller on his musical journey, picking up the instrument after a successful foray with the recorder at Grant Elementary School.

Given the apparent felicity with which that Keller makes instruments sing — including his own vocal chords — you’d be forgiven for thinking his parents were at least decent musicians.

“We don’t know where he got it from,” said Dan Keller Sr.

Dan Junior’s mother taught him a few chords on a guitar, but that’s about it.

Keller’s parents were at the show and got a “lovely” shout-out from their son, performing in front of a sea of appreciative fans — old and new — at the free concert series.

It was the NT school system that gave Keller great music teachers like Jon Noworyta — who’s now the director of bands at Wheaton North High School in Illinois — and Dave Manth.

“They were all very supportive of me and pushed me to keep pursuing music,” Keller said.

“I was kind of a troublemaker,” he said. “But they kept after me to practice and help me develop my love of music.”

Keller’s role as musical agent provocateur might have raised some eyebrows with “Mr. Cop” but there was no trouble on hand during Panda’s set as the tie-dyed crowd and other crunchy types made the funky, hazy space at Gratwick Park their own.

Posted In
North Tonawanda, people
Tags
About The Author