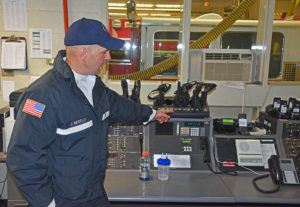 When the Lockport city council in 2014 voted to use Twin City Ambulance instead of the city firefighters’ own service, its contract was broken and the law violated, according to a recent decision by the Public Employment Relations Board.

That caught council members off guard.

“I was a little surprised that we were appealing,” said Alderwoman Anita Mullane.

“Not everyone on the council shares that opinion, and I was surprised she didn’t inform us about the appeal.”

Every councillor that voted for the change in ambulance service was voted out of office the following year.

“The community is losing out that the firefighters aren’t able to perform these services,” said Mullane, of the firefighter’s current inability to make ambulance calls.

“We have asked for a full accounting of what’s been spent to date on this litigation,” she said, adding that aldermen Joe O’Shaughnessy, Mark Devine and Joe Oates also filed requests.

“It’s going to be expensive, but if you do this right — and there are other communities around us that are — it ends up paying for itself.”

When the mayor announced the appeal at Wednesday’s city council meeting, she offered some background on the issue. 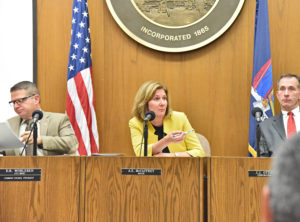 “I’m also meeting with the union and will continue to discuss our options,” said McCaffrey.

“And because it’s a matter for litigation, I’m not at liberty to say much more than that.”

In other news, a planned public hearing on the proposed 2017 city budget was to take place Wednesday but was pushed back a week to give the council more time to review the document.

The budget hearing will take place 5:30 p.m. Nov. 9 in the council chambers of city hall.