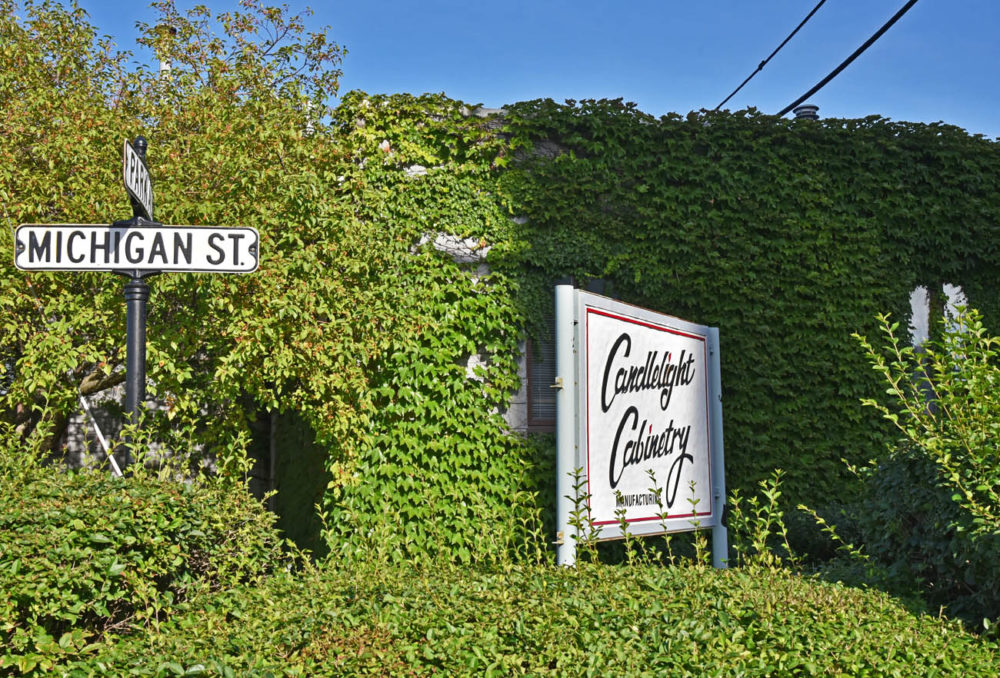 “Are they going to raise the exhaust stacks at Candlelight Cabinetry?”

Alderman Mark Devine, who’s west-end district includes the manufacturing facility, said Candlelight already had — about two and a half months ago.

The stacks were raised 10 feet, he said.

Since then residents are still experiencing the noxious odor that blows down Bright Street as well as Ohio Street.

One resident says they’ve been complaining about this for 10 years.

“As far as the zoning they are in conformance,” said Jason Dool, Lockport’s Chief Building Inspector, regarding what Candlelight can legally do in their buildings.

“There’s one building over there that straddles a zoning change,” Dool said. “It goes from I-2 to I-3 to B-3.”

I-2 is considered a “light industrial” district while I-3 is “heavy industrial” and B-3 is designated “General Business.” 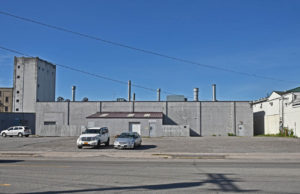 The B-3 area of Candlelight’s operations seems to be on the east side of the previous Michigan Street divide. That’s also where the recently raised exhaust stacks poke out from the low building crossing the former Michigan Street entrance to West Avenue. (Ex-Lockport Mayor Michael Tucker sold the company that street for $1.)

The B-3 zoning designation — in addition to a long list of products prohibited for production —also bans “any other trade or use that is noxious or offensive by reason of the emission of odor, dust, smoke, gas or noise.”

For some of the affected residents aware of these zoning regulations, it would seem Candlelight Cabinetry is operating in violation of this law.

According to Dool, Candlelight is operating under a “legal nonconforming use.”

“As for the fumes, the EPA and DEC regulate air quality. The City of Lockport Building Inspection regulates noise levels and the Fire Department conducts fire inspections.”

“As for the allowance of a smoke stack/fumes in a B-2 or B-3, that determination is up to the Chief Building Inspector. Again, the use must only be similar it does not have to be exactly the same type of manufacturing.” 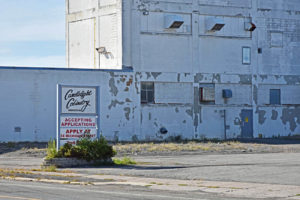 The DEC had this to say about Candlelight’s operations:

“The New York State Department of Environmental Conservation (DEC) is committed to ensuring this facility complies with New York’s strong regulations in order to protect public health and the environment and will monitor any issues reported,” said representative Meghan Gollwitzer. “If DEC finds Candlelight Cabinetry in noncompliance, the agency could pursue further enforcement action to hold this facility accountable.”

“The odors that residents have smelled are likely from the Volatile Organic Compounds (VOC’s) in the coatings being applied to wood cabinets manufactured at the facility,” she said.

“Each year a report is filed with the DEC listing all the coatings used and amounts of each. All coatings used by Candlelight have been reviewed and found to be compliant with the current regulations.”

“DEC Enforcement Action: Candlelight Cabinetry has agreed to a consent order with DEC that requires evaluation of coating VOC content and process changes including the increase of stack heights to reduce impact of odors to the community.”

Meanwhile, the fumes — causing headaches and possibly much worse than that, residents fear — continue to roil the downwind neighborhoods.

“I’ve been complaining about this for 10 years,” said one resident who’s gotten nowhere with the issue during that time.

Worrying about the value of their homes and their possibly declining health, these west-end residents are left wondering what options they have left when everything seems to be blowing against them.