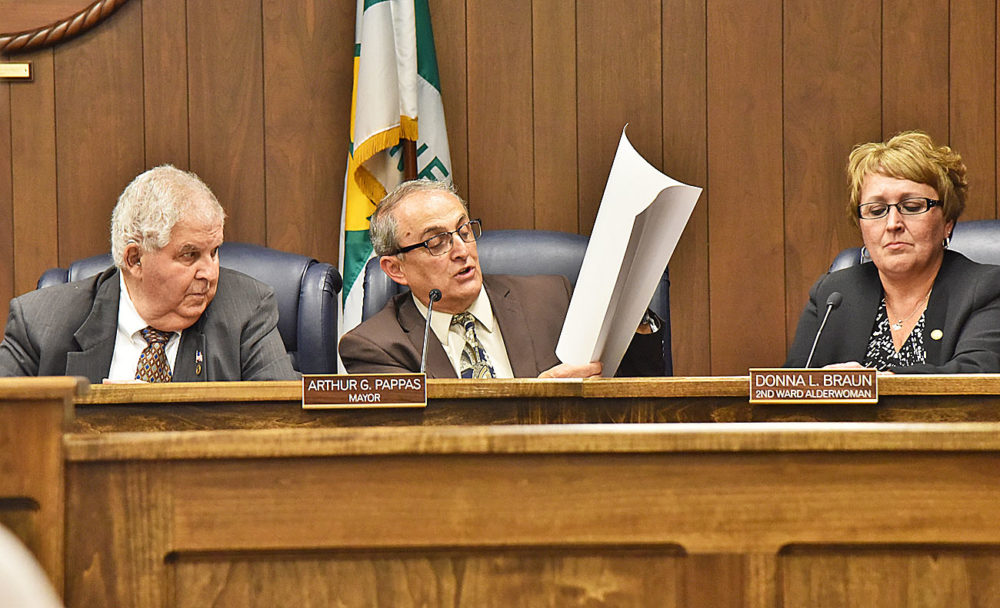 A public hearing on the mayor’s proposed budget will take place 6 p.m. Nov. 9.

Highlights of the budget include a $28,000 reduction in spending, no layoffs of city employees or reduction of city services, and it stays below the NYS tax cap, said NT Mayor Arthur Pappas. “Other communities are having a tougher time with taxes,” he said.

“Oliver Street went downhill,” she said. “But they are making a very good effort.”

There was also talk of the success of the Haunted Harbor downtown and strong attendance.

Resident Sonya Drusza said during the public comment portion of the meeting that the city needs a planner. “It would be well worth the expense,” she said

She was told to check out Lumber City Development’s MomeNTum project, which is in the initial stages of creating a long-term plan for the city’s development.

During the pre-meeting work session Alderman Robert Pecoraro praised the letter-writing quality of the Vanguard Church regarding a communication sent to the city, and he held it up as a model for other residents and businesses.