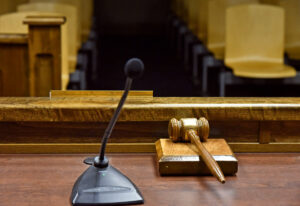 Is this the kind of situation the NT council was going to pay The Niagara Reporter $2,000 a month to publicize when it made that spendy and ill-fated decision during 2020?

Although an effort has been underway for weeks to secure $4.2 million in monies to keep the city chugging along for another four months (until tax bills come in), the first peep outside the secretive NT city-hall bubble happened only Friday.

Yesterday, Alderman at Large Austin Tylec issued a press release about tonight’s 6:30 p.m. workshop meeting, which is scheduled to host an item at 7:45 p.m. calling for borrowing $4.2 million because … the city’s out of money and won’t be able to pay employees, etc.

In years past, when the city’s reserves were mainly for rainy days and not a yearly destination to balance the budget, the city would also use excess monies in various other funds and re-pay them when residents began paying tax bills. (Which is not a recommended fiscal-management technique, according to the city’s disturbing state audit report from last year.)

Money’s so tight they can’t even do that this year as the city administration’s luck ran out in 2020. The “rainy day” the city was no longer fiscally equipped to weather actually turned out to be a 100-year-storm in COVID-19.

Now the city is undeniably broke, and because there are no reserves, things like buying big-ticket equipment for the city, borrowing additional funds and more will end up costing the city — and taxpayers — more.

The blistering state audit last year was basically shrugged off by Mayor Arthur Pappas and the Republican members of the council, saying the city was still on the right track. (Alderman at Large Robert Pecoraro was also running for the State Assembly at the time and acknowledging the city’s fiscal reality would not have been helpful to the ultimately failed effort.) Additionally, there was no mention of needing to borrow $4.2 million dollars (although it should have been known the city was heading for this moment.)

Also unknown is what the percentage rate for the loan will be as well as any other projections for additional loans the city will need as its infrastructure is decidedly aged and upgrades are needed almost anywhere you look. And how will the city respond to residents who are slower to pay tax bills this year because of COVID-19 monetary issues?

Watch the proceedings on the City Clerk/Treasurer’s Facebook Page, with the meeting starting at 6:30 p.m.

(Although the loan item the council majority and mayor and clerk/treasurer hoped you’d never hear about is scheduled for 7:45, it will most likely take place earlier because the council follows the public-unfriendly practice of putting times on its agenda but then starting said items early if others inevitably run shorter than the time allotted.)

POST-MEETING UPDATE: During the meeting, the interest rate taxpayers will bear was still unknown, according to the city’s accountant. Also, disturbingly, the city did not allow comments from the public before or after the vote, which went 3-2, with Austin Tylec voting against along with former Independence Party recent appointment by the Republican majority Frank Dibernardo, which seemed to elicit a gasp from someone in the audio feed. Whether it was genuine dissent or a CYA maneuver when DiBernardo faces election, it’s been a long minute since the NT council had a result that resembled a split vote.