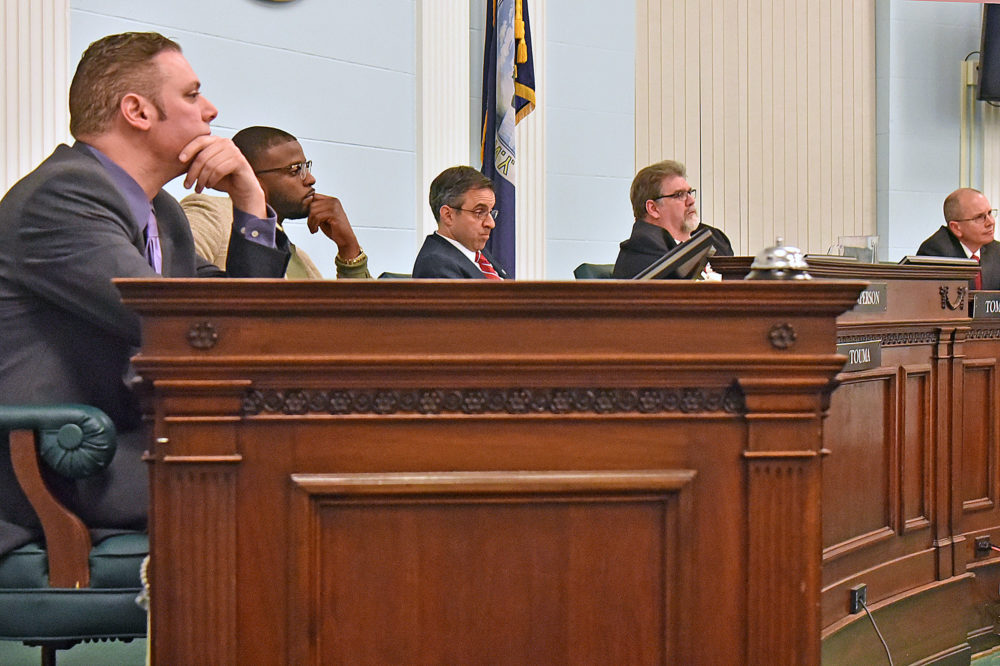 There’s one council member who doesn’t have to worry about blinking on the controversial hiring of Mark Diodate as council secretary.

Although Kenny Tompkins said he thinks the council secretary position is necessary since all council members except Chris Voccio have a full-time job, he definitely thinks there were other qualified candidates that interviewed for the position.

“This is not going away,” said regular council commentator Tim Huether during Wednesday’s common council meeting.

In addition to being granted permission to re-submit his resume after errors were brought to light, Diodate’s resume still contained more when it was re-submitted.

And despite competing against a recently laid-off, qualified internal candidate  — among others — Diodate still got the job.

The four councillors who voted in favor of the hiring had nothing to say on the issue Wednesday and Diodate was not in attendance at the meeting this week.

“Everybody campaigned on change,” said Huether. “Where’s the change? This is a ‘friends and family thing’ and there are a lot of people unhappy about this ‘business as usual.’ They say, ‘We’ve got bigger fish to fry.’ But the first time we have a chance to change, they balked.”

“The proof is there; the amended resume still contains lies. There is no integrity around here. When does this stop? When do we get the change that we elected? This is not going away. Do the right thing.”

“I hope I don’t have to come up here and talk about this every other week. I’m not going away.” 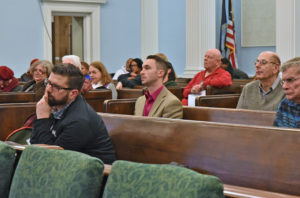 New council secretary Mark Diodate, center, at the council meeting two weeks ago. He was absent at Wednesday’s meeting. It seems time for Diodate to address the public in his own words about what went wrong with his resumes while applying for the position.

In other news, council regular Ron Anderluh once again warned the council and administration about the city’s nasty traffic snarls during the heavy tourist months.

“Last year, Pat Proctor went in his helicopter and saw the traffic backed up from John Daly Blvd. to past Whitehaven Road on Grand Island,” said Anderluh.

“If you’re sitting in that traffic, you are not going to be a happy camper when you get to Niagara Falls.”

As he’s often pointed out in the past, people in cars also aren’t spending money.

A solution would be to install signs before getting on the South Grand Island Bridge informing tourists that traffic is backed up and they should take Exit 62 or Buffalo Avenue.

“Right now, everybody is coming down Niagara Scenic Parkway and it’s not working.”

”Once you get to downtown, they can’t even move. They want to get to a parking lot. They can’t get to one.”

Some say this is precisely what the state wants and it will be reluctant to re-direct traffic anywhere away from the state park.

“I know the unions are against this, but how else are we going to resolve this issue?”