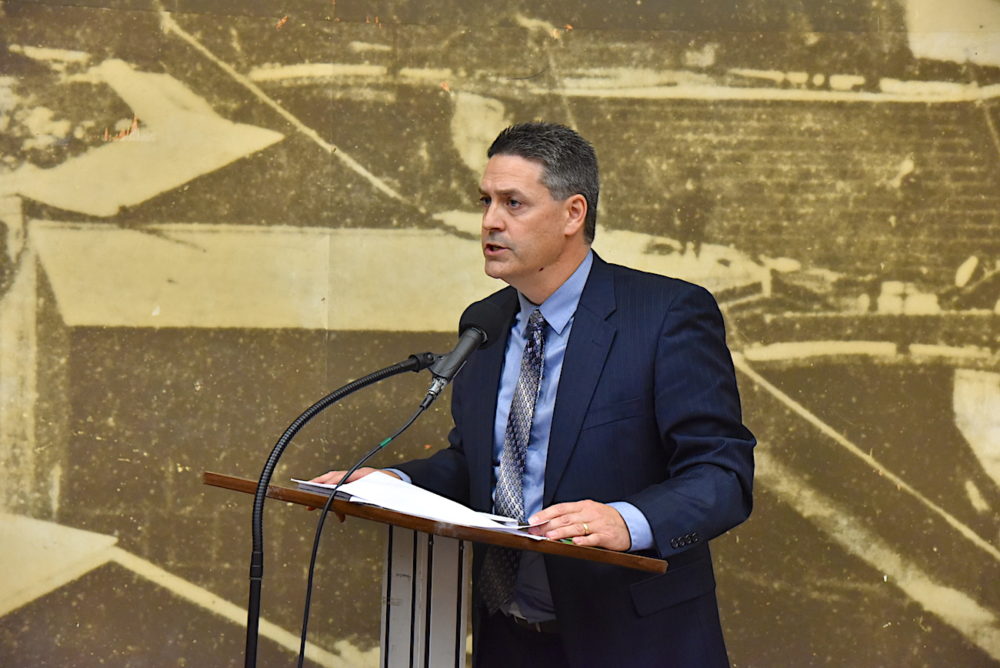 He said the auditing process went much smoother this year compared with the first years the firm was brought in to help straighten up the city’s financial problems.

One issue of concern, however, related to the separation of some duties. For instance, Sheppard said there’s one individual that handles the entire payroll process. If they’re out for an extended period of time, he said, problems can creep in.

Sheppard says his firm — which produced a 53-page document for the board to digest — not only looks at what happened financially but also what could happen.

After the presentation, councilman Joe Oates asked if the reports could be delivered to the council several days prior to the presentation so they could get informed beforehand.

Mayor Anne McCaffrey said she could bring Sheppard back for a follow-up session to answer questions.

In another matter, she also said the city isn’t likely to get any state aid for the HTI fire and the $160,000 tab it picked up in process of battling the historic blaze.

The council also voted for The City of Lockport Fire Department to resume performing advanced life support. “We started this process in June and had to wait to get regional approval,” said Alderman Devine, who was involved in the effort.

A Fall Fest will be taking place Oct. 23 at the Kenan Center.

The council briefly discussed the cluster of Legionella’s disease around Eastern Niagara Hospital.

Cindy Ricks appeared before the board and informed them of excessive speeding along the 400 block of Niagara Street. The council and mayor took note and said they would be alerting the police to initiate speed checks.

Residents and even council president David Wohleben lamented about very high water bills, affecting the most people who water their lawns and gardens.