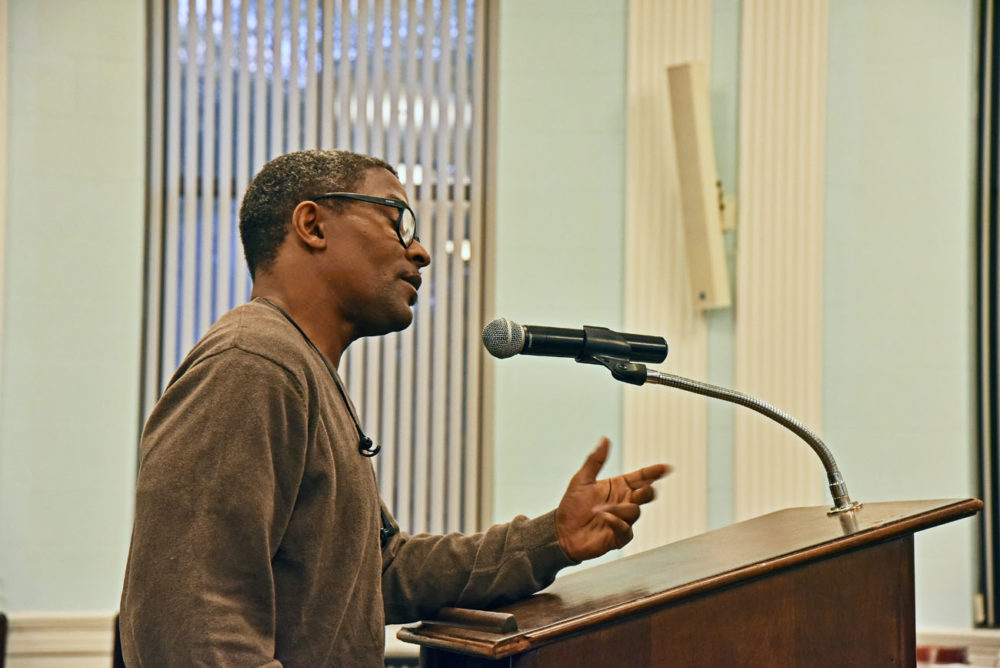 Mayor Paul Dyster was asked again Monday about Amtrack signing a lease at the train station.

“We are working on this hour by hour,” Dyster said. “That’s a very lawyerly response but we are getting very close.”

Chairman Andrew Touma asked the city’s attorney if there’s been an increase in claims against the city. “In the eight years I’ve been corporation council there has been a steady stream of claims,” said Craig Johnson.

There was also discussion about the recent vandalism at the city’s new skate facility within Hyde Park.

Resident Ron Anderluh said there needs to be supervision at these facilities, noting that in the past, recreation workers were there to maintain control. New park workers wouldn’t necessarily intervene, he said, but would at least be there to call authorities and protect the park patrons as well as the city’s increasing investments there.

Anderluh once again spoke up for returning a police auxiliary force to Niagara Falls, particularly when it comes to traffic control downtown during the increasingly busy tourist months.

“Bring the traffic in through alternate routes so not everybody is getting on the Robert Moses Parkway,” he said. “That roundabout cannot handle the amount of traffic it’s getting.”

Resident Roy McDowell asked rhetorically where the mayor was during the public comment section of the city council meeting. (Mayor Dyster typically only stays for the work session, during which he addresses and answers questions from the council.)

McDowell also re-stated the importance that the city fills the city engineer position, and he found it appalling that when the city “looks the way it does,” city managers — some only on the job for a few months — were getting raises.

Another resident, Tracy Green, addressed the lack of businesses on the city’s north end and said there needs to be opportunities for the residents to be “contributors to the system.”

“We have all these zombie houses,” he said. “Property is being vandalized. People shoot up drugs and use drugs in these empty buildings when they could be taken over by the city.”

He said absentee landlords that pay their minimal taxes but do not maintain their properties and need to be held accountable.

Jaqueline Prior advocated to the city council for a basketball court at Hyde Park, giving them a stack of signatures numbering 350, she said, promising even more as the movement gains steam.

Resident Gerald Skrlin had this to say during his regular address to the council: “Before this court of record is an experiment in political culture.”