Wheatfield sewer sludge ban upheld; could be model for rest of state 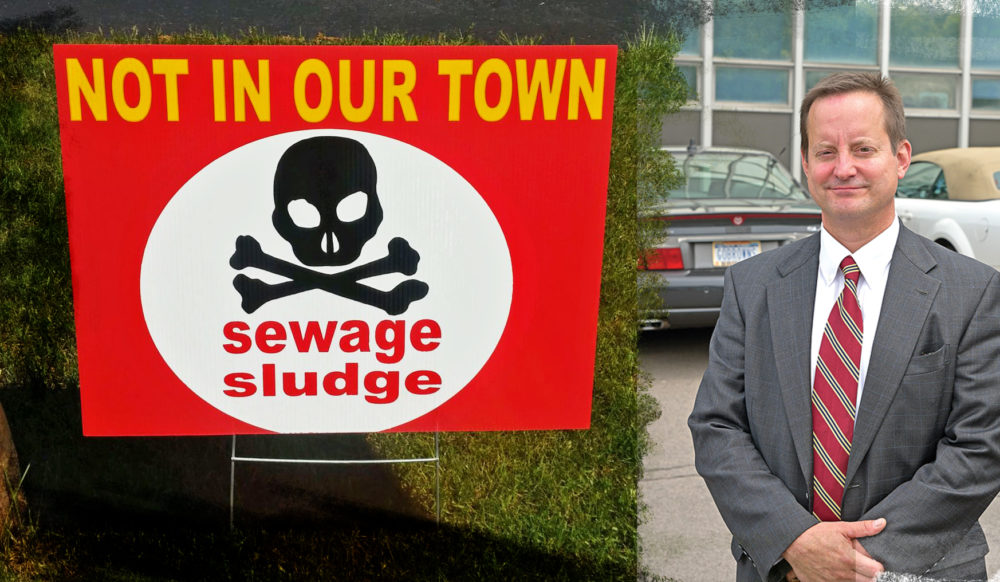 It took 10 months, but Supreme Court Justice Frank Caruso’s decision to uphold Wheatfield’s ban on fertilizer made with sewer sludge could prompt other laws like it across the state.

“Many other municipalities would like to pass similar laws but they’ve been sitting on their hands,” said Wheatfield Town Attorney Matt Brooks. “I have received contact from other municipalities looking to do a law similar to this, and they will look to this as a model.”

The biosolids ban was originally written by former Wheatfield Town Attorney Roberta O’Toole, and Brooks said the law was “vindicated” by the ruling.

“The law also had a lot of popular support,” Brooks said. “We did have a lot of public participation and heard many voices in opposition to spreading in Wheatfield.”

Last June, Caruso heard arguments in Niagara Falls to dismiss Quasar’s lawsuit that says the town acted unlawfully by holding it to higher standards than what the state Department of Conservation mandates and the company was permitted for in 2012.

Caruso agreed with attorney Steven Ricca, representing the Town of Wheatfield, that New York State’s home rule law protected the biosolids ban as well as agreeing that municipalities could enact tougher requirements than the DEC.

Quasar Energy Group owns and operates facilities — called anaerobic digesters — in Wheatfield and West Seneca that convert sludge and waste from sewage treatment plants into methane. A byproduct of that process is marketed as “equate” and can be used as a fertilizer for crops.

Wheatfield resident and citizen activist Julie Otto spent countless hours researching the issue, bringing the matter before the Wheatfield town board and taking the matter to Albany with Monica Daigler.

“I am thrilled that the court ruled they way they did, but I am waiting for a reaction from Quasar,” she said.

She mentioned — as did Brooks — the possibility that the NYS Agricultural & Markets Dept. could choose to side with Quasar.

“They can make an opinion if the town’s law is unduly onerous and burdensome against farmers,” said Brooks. “ I have no idea if that is coming. They may not feel that way. There have been conferences with Ag & Markets on the issue. At this point they have not issued a decision.”

And Brooks said they may not.

“I am glad that our officials succumbed to public pressure and pursued the issue,” Otto said. “As we found out through the process, the DEC regulations are lax and they did not follow their own guidelines for granting permits in Wheatfield, and revoked the permit on the field next to the playground at Starpoint in Pendleton.”

Quasar has 30 days from receipt of the ruling to file an appeal.

Although they did not file the suit, Milleville Brothers Farms in Sanborn, which owns several farms in Niagara County, was to be the recipient of the biosolids fertilizer. Calls regarding any future plans to litigate were not returned.

One of the procedural reasons the suit was dismissed had to do with Quasar appealing to Ag & Markets law but not owning the farm itself, which it must to have standing with the court.

The attorney for Quasar, George Van Nest said of the ruling: “We don’t have any comment. We’ve not had a chance to review it internally.”

“People were apprehensive since it’s been 10 months since the oral arguments last June,” said Brooks. “Everyone knew there would be far-reaching ramifications for many communities, and this had to be well thought out to the credit of Judge Caruso.”

Brooks issued one caveat for other communities looking to enact a biosolids ban.

“The soil conditions in Wheatfield are unique,” he said, citing the area’s thin topsoil over mostly clay.

Those in favor of maintaining the ban said this situation would allow the biosolids to easily pool and leech into Wheatfield’s high water table.

“This certainly has to do with our unique situation in Wheatfield, and it might not be applicable elsewhere,” Brooks said.

Posted In
city news, Wheatfield
Tags
About The Author