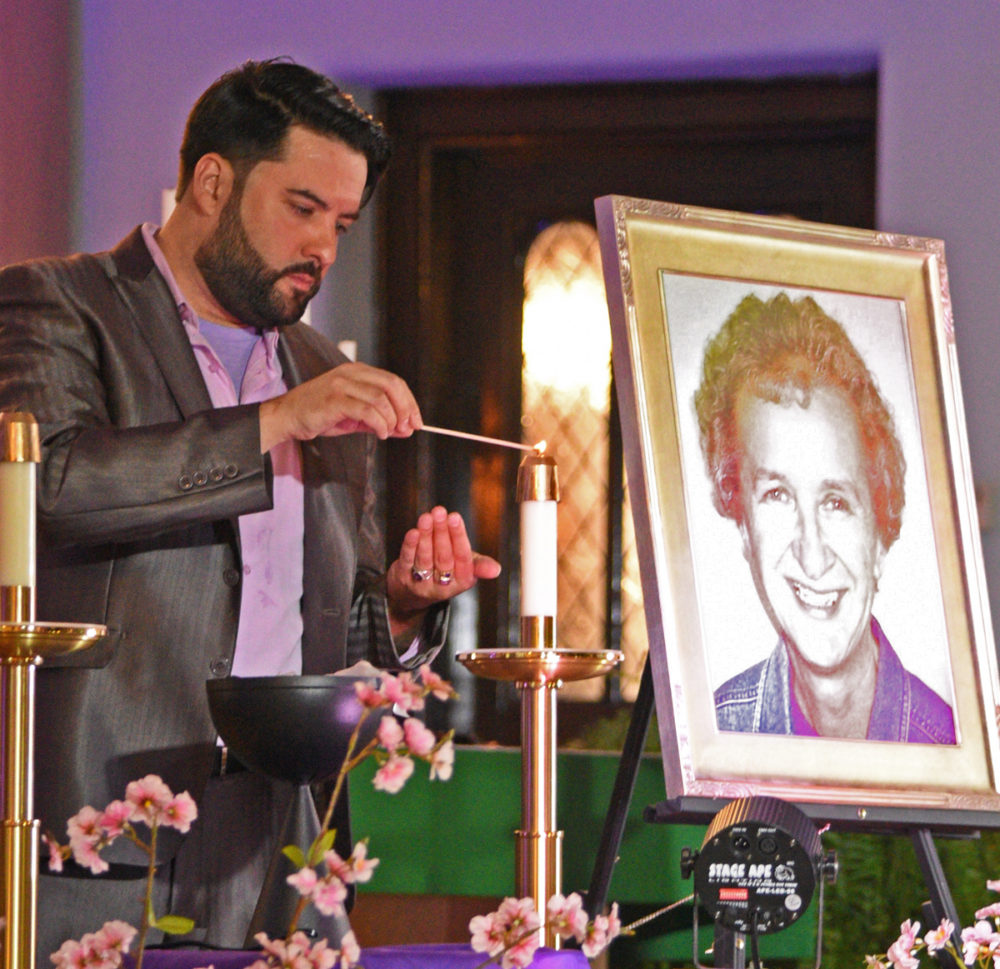 More than ever, the world needs Sister Karen Klimczak’s message of nonviolence and acceptance.

Before she was murdered almost 10 years ago, Sister Karen, who was raised in Lackawanna, worked tirelessly to promote nonviolence.

To that end, she left “Peace Prints” all over the communities that benefitted from her presence, and she encouraged others to do so as well.

Klimczak was particularly noted for walking through violence-plagued neighborhoods after a murder brought darkness there, holding a candle to signify hope.

But to those who knew her, and audiences who experience “PeacePrints: A Musical-Poetic Tribute,” it really was Sister Karen’s love and courage that was the light.

In addition to “PeacePrints,” which is the product of brother-sister music-and-words team Cory and Amy Gallagher, there’s a book about Sister Karen, “PeacePrints: Sister Karen’s Path to Nonviolence” by Evelyn McLean Brady as well as a one-act play, “This Little Light of Mine” by Joan Aberlella.

The Gallaghers were recently at Holy Family Church on South Park Ave., performing their third concert there, and along the way, the show — which consists of Amy’s poetry framed by Klimczak’s journal entries and Cory’s tenor delivery of a range of spirituals, hymns and even pop songs with strong messages of peace, acceptance and charity — is evolving.

“As I entered deeply into her story, I found so many interconnecting threads,” said Amy Gallagher. “And so much symbology that can be applied to all of our lives. The story contains so many life themes: living your purpose and path, hope, inspiration, generosity of spirit, helping others, moving through darkness, sorrow and tragedy.”

Audiences have been embracing the performances in a sign that Sister Karen’s message is more relevant than ever.

“We had the idea to do a concert for Sister Karen Klimczak over the winter, knowing the 10-year anniversary of her death was approaching,” said Amy Gallagher. “Karen’s sister Jean Klimczak attends all our concerts, and loves them. She was deeply supportive of the idea for us to create a concert honoring Sister Karen’s life and story.”

Part of that story is her founding the Bissonette House — located across the street from Erie County Medical Center — which she wanted to be a place where parolees get the right start.

There, in 1987 Rev. A. Joseph Bissonette was murdered, and the room where it happened, she turned into a chapel just a few years later.

“‘Teach us how to live.” That’s an inscription she wrote in the “Peace Park” that Sister Karen constructed behind the Bissonette House, where she was murdered by one of its residents.

“God of Love, Forgive, Forgive.” That’s how it concludes.

Klimczak’s visible courage in slowing the cancer of violence is being re-born as the “PeacePrints” project blossoms.

“This is only the beginning,” said Amy Gallagher. “Because the story of Sister Karen’s life is so moving and inspirational this is a presentation that will continue to grow and develop, moving even beyond local churches to be shared on an even grander scale.”

The next evolution of “PeacePrints” will be taking place in July at the Attica Correctional Facility.

The Gallaghers are working with Sister Roslyn Roslowski, who does prison ministry, to get Sister Karen’s life and message in front of the men she was trying to help.

“I feel this will be only the beginning of continuing on Sister Karen’s prison ministry,” she said.

For more information about the project, visit “Concerts For The Soul” at Facebook.