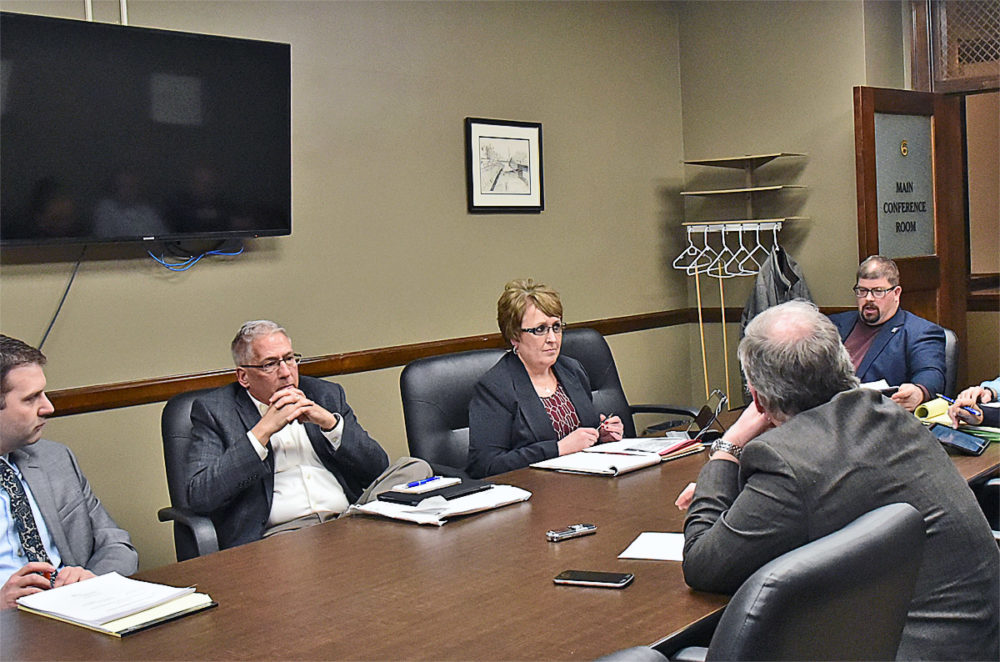 There aren’t any estimates yet as to what the City of North Tonawanda might gain from an energy-bill audit by Troy & Banks, but to most council members Tuesday it seemed like low-hanging fruit.

“It would cost us nothing to do that,” said City Clerk Dan Quinn, who has been in contact with Troy & Banks regarding the project.

Going forward, if the auditing firm, which council members said found savings also for the Town of Amherst and the NFTA, can find ongoing reductions, Troy & Banks would keep 25 percent of it.

City Attorney Luke Brown said that could require a formal request for proposal, but the auditing firm countered by allowing that stipulation to be eliminated from the initial one-year contract and made an addendum if the city wants to maintain the relationship.

At Tuesday’s wrokshop session, the council also discussed the ongoing negotiations between the owner of the Sportsplex property and the school district, which is seeking an easement so it can repair the road there.

“We are trying to find the answers,” said Common Council President Eric Zadzilka. “Resistance from Sportsplex is part of the puzzle.”

“We are trying to bring the parties together,” said Mayor Art Pappas. “That’s about the most we can do. We can’t just go onto anybody’s private property and start fixing it for them.”

“You have to walk a fine line with Sportsplex,” said Brown. “Because if we start brining them into housing court for failing to maintain their property, and the guy pays to fix the road, well, he’s going to tell the school district if they don’t have an easement you can’t use my road. Why would he pay to fix the road and then have those busses going through there?”

The potholes and general condition of the road have been generating complaints for more than a year and the local Meals on Wheels director has even appeared before the council telling about his volunteers suffering car damage and even quitting because of the dilapidated thoroughfare.

(In general, roads across the county have been suffering greatly from the numerous thaws and freezes, with another extreme weather swing expected by Friday morning.)

Additionally, as reported previously here, Austin Tylec did not bring up the issue of his appointment to the NT selection committee of the Niagara Orleans Land Bank.

Instead, he focused comments on the preliminary step of creating the bylaws for NT’s participation in the land bank.

“If we create a subcommittee we would probably want some sort of bylaws,” Tylec said. “And I think a lot of it can be based off of other municipalities that have done this.”

“The city would have to come up with their own bylaws to be passed by the council,” Brown said.

“We need to make sure we’re not in violation of our charter also,” Tylec said. “And I believe some of those are we can’t sell waterfront property. That should be addressed. Do we need to be selling commercial property? Because the whole point of the land bank is to revitalize these neighborhoods. And do commercial properties fall into that mix? Just things to think about that we not in violation of our current charter.”

Brown: “For the commercial properties, I talked to Mike Zimmerman (Director of Lumber City Development) about this, and Lockport has a different take on it, where they send the properties to their community development. So I reached out to their attorney John Ottaviano but I haven’t heard from him yet. So I wanted to see what their process was for that. They are in the land bank, too. I was going to see if they had drafted up bylaws.”

In other news, council member Bob Pecoraro said a recent city-sponsored Narcan training event had 35 participants and said it was a sign of “good will” for the city to support it.