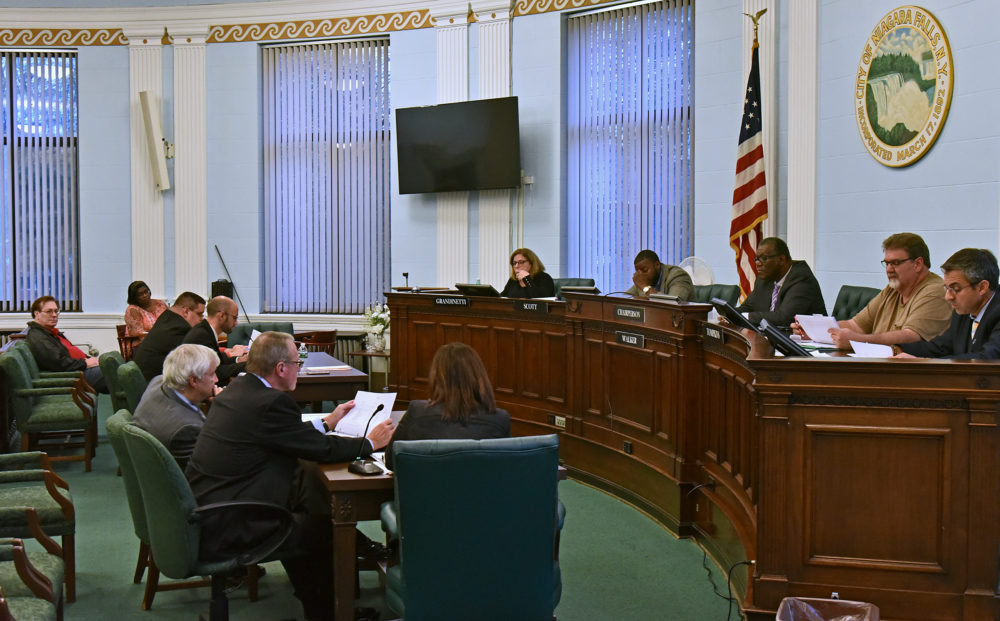 Savings and budget reductions are being found in departments at city hall.

But it’s not going to bridge a $12 million gap the city administration is filling with its soon-to-be-extinct casino dollars.

For instance, on Wednesday at the second of four departmental budget presentations, the legal department’s corporation counsel said their budget was down $32,500 from the 2017 figure.

On the flip side, Johnson informed the council of “the specter of Love Canal cases on the horizon,” with the city facing about 1,300 pending claims. “We’ve been able to handle these in house, but there will come a time when outside counsel would need to be involved.”

The purchasing department reported it has “undergone significant changes in purchasing in the last six months.”

In terms of expenses, most relate to salaries and benefits, but the department head said there was “a decrease of 23 percent in controllable spending.” A savings of $100,000 was found in health insurance.

2018 will see the start of online payments, which could allow the city to reduce staffing in that area.

The meeting lasted about 40 minutes and saw councilors Kristen Grandinetti and Ezra Scott Jr. join their colleagues this week. In the audience were council candidates Bill Kennedy and Chris Voccio.

After the meeting, Morello said the city would be reimbursed in 2018 for $800,000 of the casino funds it expended for the 3625 Highland Ave. project.

Morello was the internal audit manager at the Seneca Niagara Casino for five years, and for eight years prior to that a public accountant handling audits of various municipalities.

Morello spoke about first eight months on the job as the Niagara Falls City Controller.

“I’ve actually enjoyed but it’s been stressful as well,” he said.

“A month into my tenure, the Senecas made the announcement, and it’s basically been trying to adjust to that. I’ve said it before that sometimes something like this is a good thing.”

“With tightening our belt now, and this is a good thing, I think, where we can gain efficiencies  internally, where before we wouldn’t have without a crisis.”