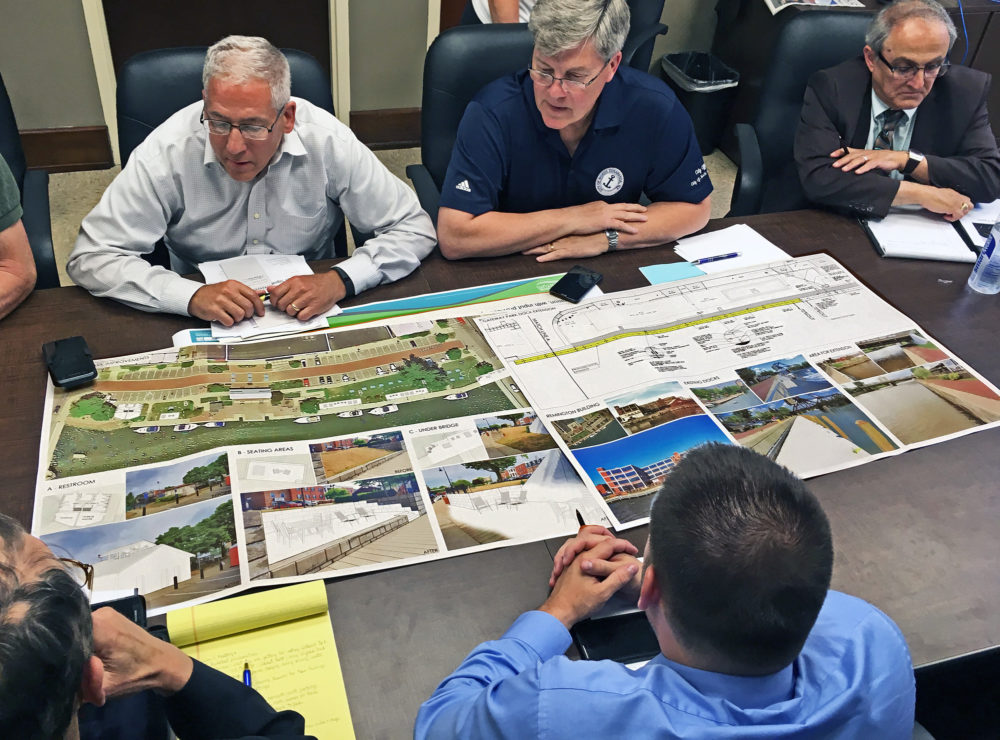 State grants could be the catalyst for $1.25 million worth of improvements to Gateway Harbor and for a $500,000 “green infrastructure” project on Main Street.

The city would need to commit $500,000 for the Gateway Harbor project, which would see “construction of a new facilities building with new restrooms, offices and storage space, construction of new docks with all associated utilities between Gateway Harbor and the Dockside Inn, as well as some site improvements in the park like new landscaping and lighting.”

The green infrastructure project would require a $100,000 contribution from the city and would “install new green storm water management practices on Main Street between Island Street and Thompson Street.”

The group is looking to construct a “landmark clock tower which will serve as a focal point of the downtown district and improve and expand an underutilized park by adding green space and improving amenities.” 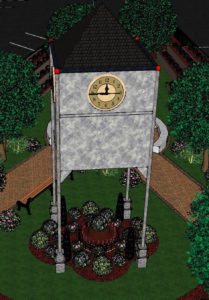 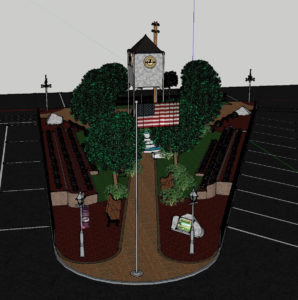 These are some of the Webster Street Clock Tower renders shown by Project Pride at Tuesday’s common council work session.

The goal is to “improve the streetscape of Webster and Main Streets with a landmark that compliments the historic nature of downtown and helps to further promote the sense of place NT has been cultivating for several years.”

Andres, who was there with Barbara Hughes of Webster’s Bistro,  estimates the project will cost about $100,000 but emphasized the group is not looking for financial support from the city — just council backing for grant applications.

“The clock tower itself could be constructed by Essence of Time, a large street clock manufacturer with facilities in North Tonawanda.” Two NT high-school students — both in the school’s architecture academy and accepted into college programs — are helping to design the project and created the current renders.

In other news, manager of the city’s  market, Dale Marshall, provided a wide-ranging update for the council. He said the council will soon have new rules and regulations for the market.

Marshall also emphasized the 100-year-old market — and the second biggest in NYS — needs to forge an identity for itself. “Is it a city market or a farmer’s market?” he asked. Several council members said they wanted it to return to a farmers market, which also led to discussion that seemed to prioritize local farmers and local produce.

The meeting ended with Mayor Pappas asking for an executive session for “a personnel situation that you should know about.” 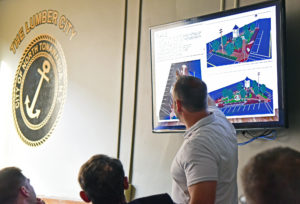