by Joseph KisselApril 12, 2017
Also, eight variances requested for $10 million River Road apartment project; now being proposed in phases in order to get financing. 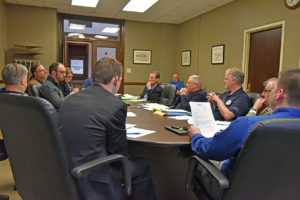 “If you put it in the auction you lose control of it,” said City Attorney Luke Brown about foreclosed city-owned properties. “You don’t know who’s going to bid on it. Maybe you get another five to ten grand but you may not get a responsible owner.”

The former corner store is part of a trio of properties — including 664 Oliver St., and 311 Payne Ave. — the city withheld from auction for Lumber City to find “responsible” owners.

“These are properties that need a lot of work,” said Zimmerman. “They are in an area of town — Oliver Street and Payne Avenue as well — the city has a real interest trying to revitalize and bring some responsible property ownership back into those areas. And we felt that the typical foreclosure and auction process was a perpetuating cycle where it wasn’t improving the value of the property and it wasn’t improving the value of the neighborhood.”

“With that in mind these three were held aside, and the first of the three that we’ve had progress on to the point of a purchase offer is 653 Oliver. So with me today is Matt Bille. And really briefly, Mr. Bille approached us with an interest in the property.”

“Lumber city did some due diligence and fact-checking on him and found no outstanding issues with the city in terms of tax issues or code enforcement issues or anything like that on any of the existing properties. So he’s a responsible landlord and property owner. And he started working with Lumber City and putting together a property development plan and a purchase offer for the property.” 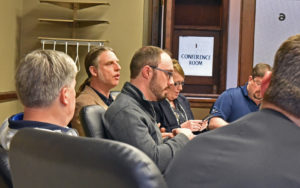 “Mr. Bille would like to make a purchase offer of $1,000 and with anticipated investment of approximately $90,000 to make needed repairs and renovations. To get the two second-story apartments up to code so they can be leased again. And get the first floor up to code to be occupied for a commercial tenant. Keeping it commercial/retail at this point.”

“Not owning the property yet, Mr. Bille doesn’t have it locked in yet, but I know he’s had some ideas and discussions and tenants and wants to keep that a commercial corner that benefits the neighborhood.”

The development plan includes six spots on the side for parking.

City Clerk Dan Quinn asked Bille if he would be taking down the structure in the back to open up the alley way for more parking.

“I was not anticipating that,” Bille said. “There will be parking just on the side.”

Robert Pecoraro: “Are you aware of the Oliver Street Merchant’s Association? We are trying to everything we can to make Oliver Street up and coming and revitalized. We don’t want to perpetually go from owner to owner and foreclosure to foreclosure.” 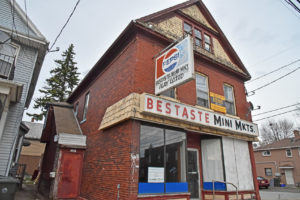 653 Oliver Street will see the continuation of retail space as well as two second-story apartments with parking for six cars.

Brown: “He’s going to start on the outside first. Tighten it up and make it look good. And two, he was agreeable to any restrictions we might want to put on deed as far as completing construction. So I think that’s good on both ends because we get the property back on the tax rolls and it will look good. I’m pretty confident that he’s going to make it look good and get that property turned around because it’s been sitting there for years.”

“First, get the roof and siding taken care of with Iroquois Roofing and Construction. Second phase is get the two apartments done. Electricians need to come in and bring in service. Try to get those rented by summer would be the idea.” 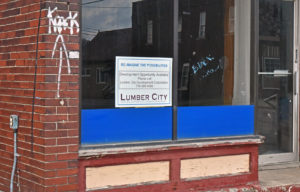 And the retail part?

“I have a property on Webster right now. And Danielle, she runs the gallery kind of rents, leases the space. We’ve had some talks about dong something similar to what she’s done. That’s been successful.”

The council voted unanimously to put the resolution allowing the sale on next week’s agenda.

In other news, Mayor Pappas’ Administrative Assistant Peter Drossos announced he was close to finalizing city participation in the New York Alert program, which sends out messages via text, phone or email regarding all manner of disasters, inclement weather and other public safety announcements.

The program costs nothing for the city to use.

Drossos, who’s been discussing the project with the council for several months, was looking for council support as well as planning a final meeting with several of the department heads he’d be working with on the project.

“Or road closures. Coming up in late June CSX is going to come through again. And I already made a phone call out to one of the business owners and he was not too pleased last year about what happened with that. I’ve already talked with him and let him know far in advance. So we want to get the message out far and wide. Because that can be very detrimental to everybody’s morning commute if those are unexpectedly closed.”

Additionally, at yesterday’s zoning board meeting, the developer of the apartment complex at 600 River Road announced the project is being divided into eight parcels which will represent several phases of the $10 million, 102-unit project.

Sean Hopkins, representing Rock One Development, said, “We need to subdivide the site to get financing. We’re going to get a loan on one of the buildings and see how it goes before the rest of the construction. This is not uncommon. This is done all the time on large projects that cost more than $10 million. Lenders almost always ask for this.” 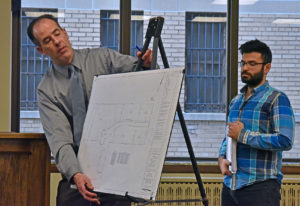 Hopkins said many of the eight variances they are seeking relate to the amount of green space required.

“We cannot proceed without these variances,” he said.

Hopkins said the county already approved the eight variances — available here —which took the NT zoning board by surprise. Hopkins explained the county is involved because the project is within 500 feet of the Niagara River.

The zoning board did not approve the variances but instead sent the project and requested variances back to the county.

Hopkins said delays might mean the “loss of the season.” President Kenneth Braun said the zoning board would call a special meeting if it was necessary to meet scheduling needs.

“It’s $10 million project,” Hopkins said. “There aren’t that many projects in Western New York that cross that threshold.” 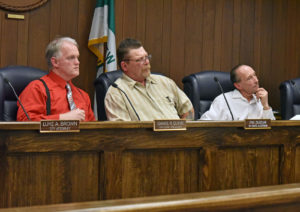