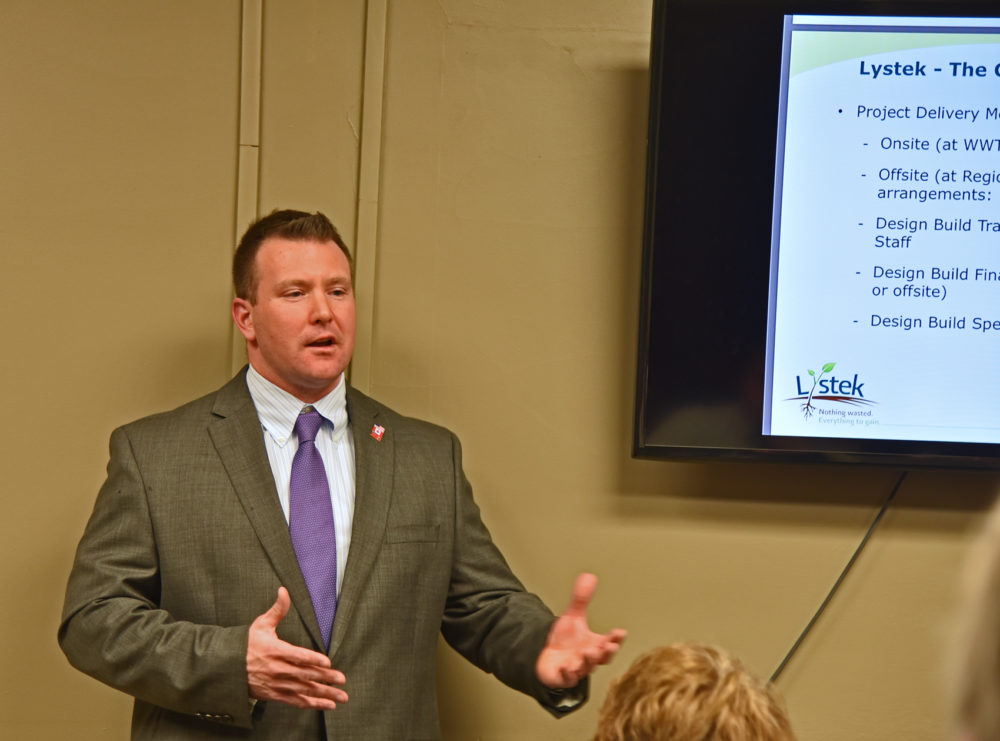 Environmental activists from across Niagara County appeared Tuesday before the NT city council, which seemed to distance itself from a proposal made last week by an Ontario company to turn the city’s sewer sludge into fertilizer and energy.

To receive the technical and marketing expertise offered by biosolids recycling firm Listek it would cost the city about $4.3 million to $6.1 million, which would include retrofitting the wastewater treatment plant to produce fertilizer that would sell on the open market.

Listek would set up a client list and provide marketing support, but according to the representative, Jim Belcastro (above photo), the responsibility of selling the fertilizer would be passed off to the city as soon as possible.

To receive those quotes, though, the council would have to make a serious commitment within 30 days. 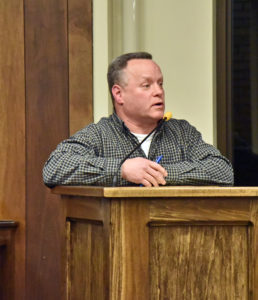 “I told them after the meeting they pushed too hard,” said North Tonawanda Water Works Superintendent William Davignon one week later.

“We tend to be conservative with things,” said Mayor Arthur Pappas during Tuesday’s council meeting. “We don’t just jump. There are very substantial costs involved.”

The mayor said he declined to take follow-up calls with Listek and other associated parties before he discussed the proposal with the council in workshop.

Pappas emphasized the Listek biosolids pitch was just another presentation before the board.

“We want to make sure that whatever we do is safe for our residents,” Pappas said.

Several of the speakers from Niagara County reiterated their opposition to seeing the city’s municipal waste— which includes human excrement, pharmaceuticals, heavy metals and other toxins and pathogens — turned into fertilizer and used on farms locally and elsewhere.

The representative from Listek, which counts the city of Toronto and other surrounding municipalities as clients, said the process is safe and completely regulated by New York State’s Department of Conservation.

Listek approached Davignon about six months ago, calling him multiple times to secure a plant walk through as well as completing a follow-up study to see if NT’s waste-water treatment plant was a good fit for Listek’s municipal waste-to-fertilizer process. 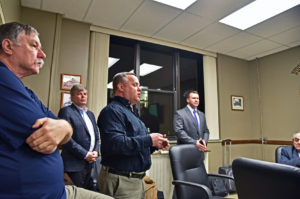