Beware of the bolt
at Witmer and River Roads 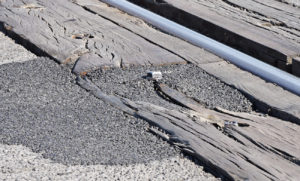 While the bolt head is still exposed at the Witmer and River Road railroad crossing, the length of it is no longer exposed and should not pose a threat to vehicle tires.

UPDATE: Mayor Arthur Pappas said a crew was sent to the site the next day following a resident’s report of an exposed bolt during a recent city council meeting.

Drivers in the know are making sure they carefully negotiate the rotten, broken wood and the exposed bolt on the level railroad crossing at Witmer and River roads in North Tonawanda.

The matter was brought to the attention of the North Tonawanda City Council this week by resident Jean Kretch.

Members of the council informed her that CSX is responsible for the crossing when she asked if they could inform them.

“If you can ever get a hold of them,” said NT mayor Art Pappas.

“They are very unresponsive,” said councilman Eric Zadzilka. “They were hard to deal with when we dealt with the Walmart crossing.”

A representative from the city’s traffic and safety committee said they were aware of the situation.

Kretch also asked: “What are we to do about River Road becoming very broken up at the seams and they are all full of holes especially by the waste water treatment plant?” 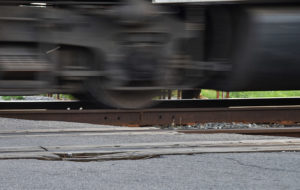 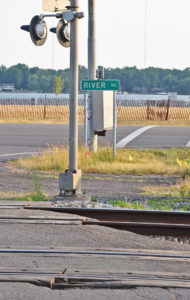