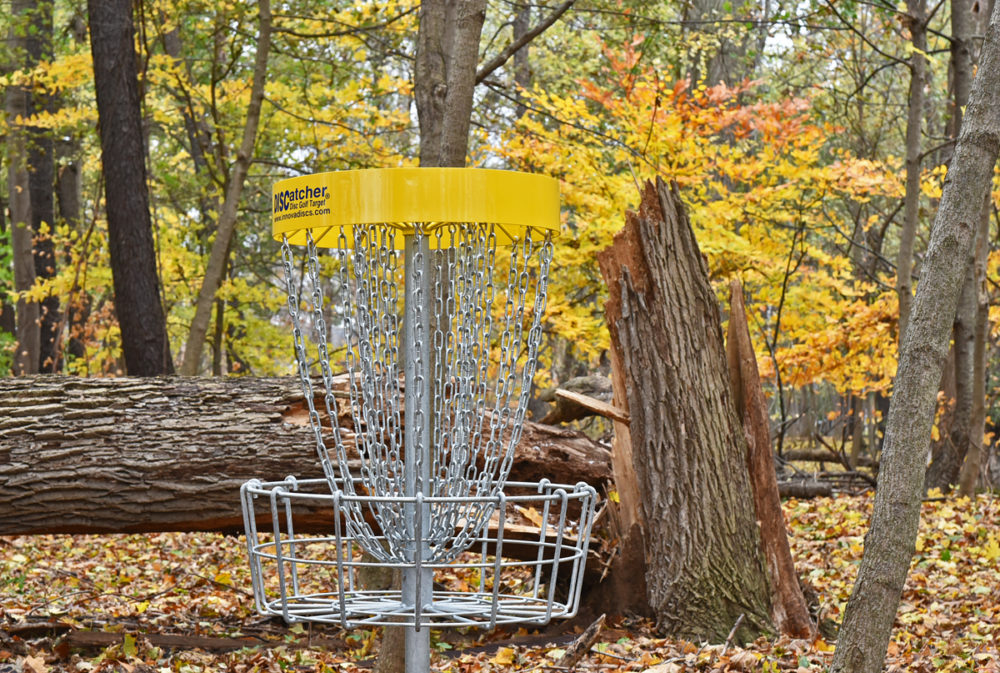 Look at a map of Western New York and the 33 acres of Pinewoods Park is notable as being the first significant greenspace north of Buffalo’s Delaware Park.

But concerns are being aired about the newly re-burgeoning park — created in 1917 as “Sweeney Park” — after its disc-golf course recently received nine new holes, some of which go deep into the mostly untouched forested area. (The game is similar to traditional golfing but instead of using a club hit a ball a frisbee is thrown into a metal basket.)

“You should have a master plan,” said former NT Environmental Committee member Mary Kate Fonzi at last week’s NT council meeting, a special session held ahead of Tuesday’s low-voter turnout election. “I already have one written,” she said.

Parks & Recreation Director Alex Domaradzki was on hand to provide information related to the disc-golf (frisbee) project. So far, only minimal changes have been made to the area of the woods hosting the disc-golf baskets, Domaradzki said.

Pinewoods Park has many areas of brush and under-growth build-up — which can look unkempt — and Fonzi said it’s a vital ecosystem trait for migratory birds.

Domaradzki said no additional changes are coming to the woods.

“The course is designed to play through the natural landscape, around the trees, over the logs,” he said.

In addition to concerns about disturbing the ecosystem for the park’s extensive array of wildlife — including a record number of deer — one resident at the council meeting mentioned illicit activity taking place there (unrelated to people using the disc golf course.)

“What I see in the park is deplorable,” said the man who walks his dog there. “I see drug action around the pavilions. Needles.”

He also said the woods are being used as a dumping ground. “These people are abusing the park. Dumping cement. Stones, bricks and even flower beds.”

As North Tonawanda builds upon the legacy of its oldest and largest park and endeavors to attract more visitors, questions remain about how the park’s other guests — the wildlife — will be treated as well.

As one resident said while enjoying the park, “Be courteous to nature.” 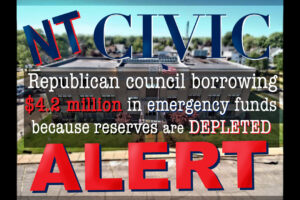