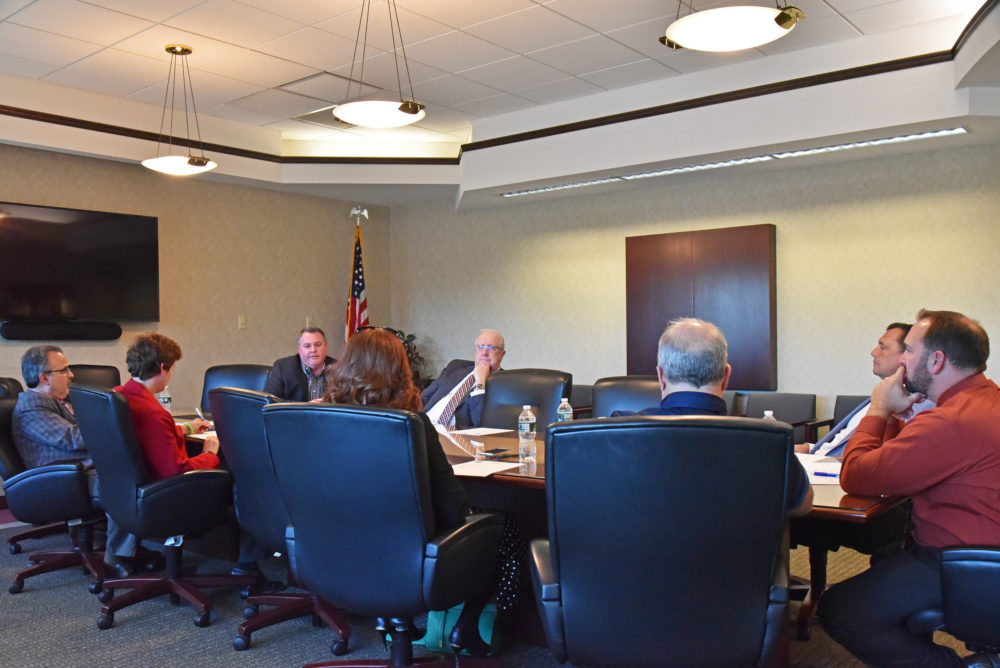 For businesses at the Niagara Falls International Airport campus, the “high-speed” Internet is slow, unreliable and “far too expensive,” according to Niagara County Economic Director Michael Casale (above left).

“The stakeholders mission is to make the airport more inviting for businesses,” Casale said.

With a $400,000 grant from the Empire State Development, the airport might get the internet it needs to be more competitive.

“There is no county match required,” said Economic Director Senior Planner Benjamin Bidell (above photo: third from left). “However, we are going after funding from the U.S. Economic Development Administration to match that $400,000 grant.”

The county will operate as a “pass through” to the Niagara Frontier Transportation Administration, which will develop, own and operate the fiber-optic network.

“The project calls for construction of what we’re calling the airport campus area network that would connect the airport terminal — the new terminal and the old terminal — air traffic control, Calspan Corporation, the multi-tennant building there and NFTA facilities,” said Bidell. “And it will also extend the dark fiber — which is unserved fiber with just the fiber-optic infrastructure without the internet service behind it — to the Niagara Falls Airport Center of Commerce, which is the former Niagara Falls Army Reserve site and also the Wheatfield Business Park,” he said.

Another benefit of the new fiber-optic network would be the ability to tap into many more internet providers instead of the “three or four” that currently service the airport, Bidell said.

If the county does not receive the $400,000 grant match from the U.S. EDA — it was deemed fifth of five projects that advanced to the final round of that grant process — or other significant funding from the Air Force base — the project will be scaled back.

“It would serve a core ring servicing NFTA buildings and then designing a connection between air-traffic control and fire-crash-rescue.”

Concerns also exist that the system currently in place is prone to disruptions because it’s on Verizon’s public network.

Economic Development Committee Chairman Rich Andres asked if that system could eventually help other large-scale tenants in the area.

“Yes, the dark fiber that will be laid could be tapped into,” said Casale.

“We have a lot of high-profile companies in that focus area,” said Casale. “In the Wheatfield Business Park alone you’ve got Moog, which is working on an expansion that could use this extra capacity. You’ve got Lockheed Martin. You’ve got a lot of other businesses that are growing businesses. You’ve got a couple of Empower Niagara companies in there. Niagara Envelope. Matrix companies. Who am I missing? Calspan.”

In 2016, Pizza Logs broke ground on a $3.9 million expansion at the Vantage Business Park, where the County’s Economic Development Center is also located.

The resolution to accept the $400,000 grant from Empire State Development was approved by the committee and will be voted on at Tuesday’s legislature meeting.

Other topics of discussion included expanding the Niagara County Land Bank to go after tax delinquent properties, including a group of properties in the Town of Niagara that could serve as the catalyst for a “Vantage Center”-style industrial park there.

A complete audio recording of the meeting can be found here. 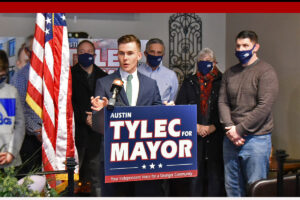