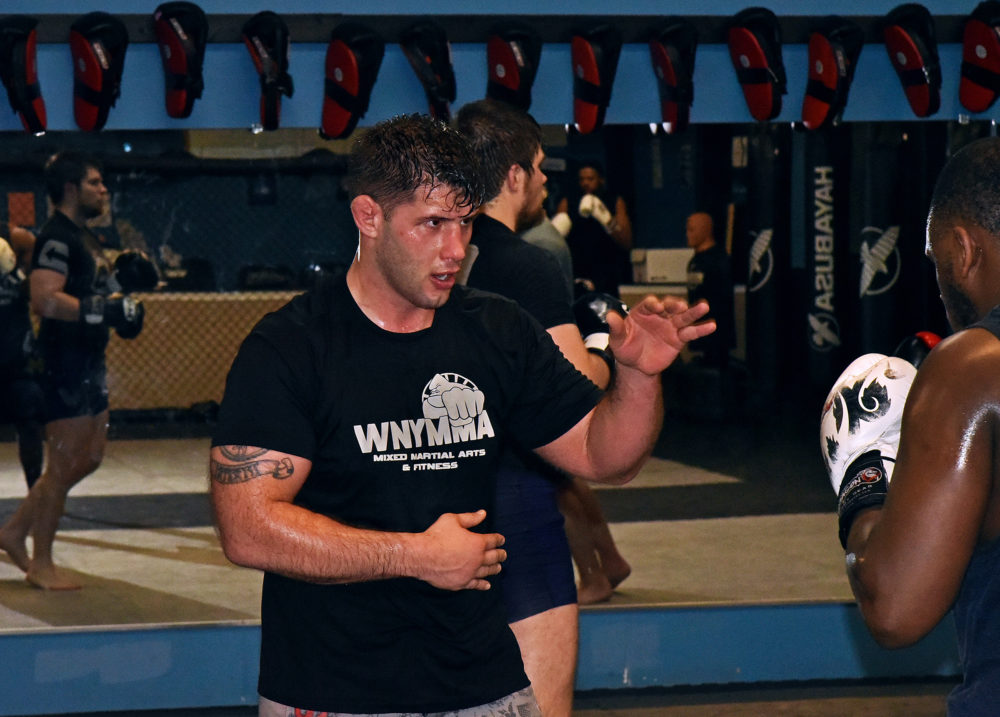 Pity the fool that goes into a 1v1 with Erik Herbert.

It’s an odd fight because two-thirds of the 7th district consists of the Town of Wheatfield, and one-third, North Tonawanda, where Herbert is building a new home on Witmer Road with his wife Diana and their son.

But Herbert knows how to win and succeed, and his previous campaigns — including hard-fought title fights as well as bringing back police dispatch to NT — have already proved successful. 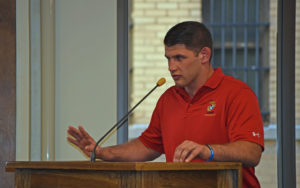 Herbert addressing the NT common council in June 2017 just before the administration reversed course and announced it would negotiate with the police over bringing dispatch back to NT.

The former Marine One Helicopter Squadron guard and Independence Party member is ready to take on Niagara County’s moribund political establishment and bring a new level of openness and accountability to the legislature.

And the real winners will undoubtedly be the residents of the 7th District as well as all of Niagara County who’ll benefit from a trustworthy, forthright leader who’ll speak out for all the residents Herbert will represent. 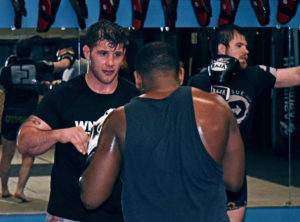 Despite his many advantages, Herbert always thinks of himself as an underdog, always scrapping for a win, never resting on his laurels. Herbert is currently in training for his final MMA bout Feb. 23 at the Seneca Niagara Casino, where he will be officially launching his candidacy for the 7th District of the Niagara County Legislature.