EDITORIAL: On the subject of those shameless raises in Niagara County 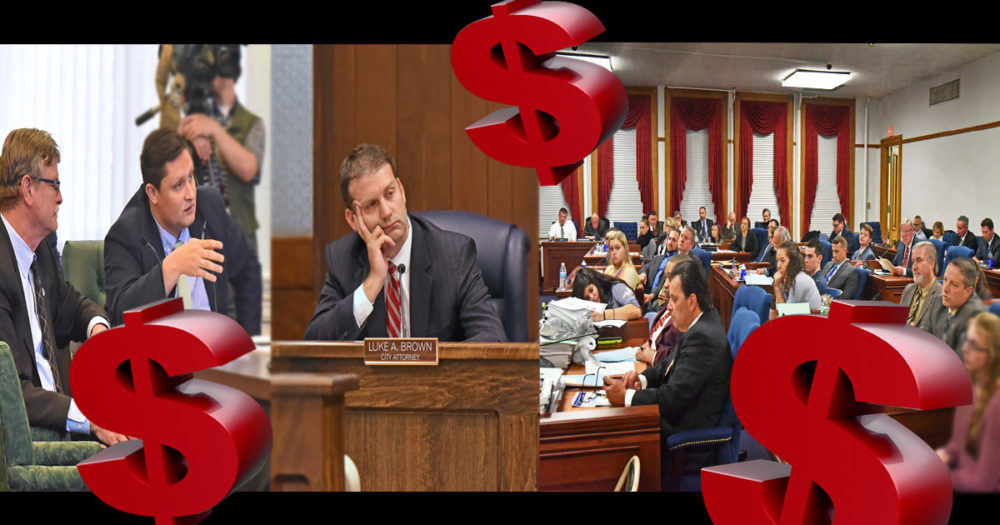 So what exactly does that make Niagara County?

And yet, local elected officials across this land of apparent plenty and prosperity — at least for those on the “Friends and Family Plan of Niagara County ®” — are giving themselves raises left and right in an environment they see as nobody watching or caring.

Commenting on the pubic pillaging is a mortal sin, inviting fierce pushback which ultimately keeps criticism — and even just discussion and disclosure — to the bare minimum.

Former residents of Niagara County have initiated the majority of comment with their feet, spending the intervening years laying down roots elsewhere as the remaining residents sit by impassively.

Meanwhile, obscene events unfold like when the mayor of Niagara Falls — the county’s paragon of social and economic disaster bar none — rewarded his public workforce with raises in a 2017 budget balanced outrageously by the city’s remaining $12 million in “casino cash,” casting yet another dark shadow on the city with no ray of light in sight. 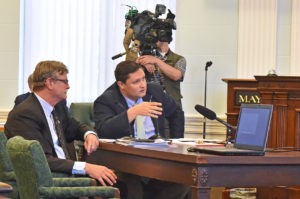 Raises ranged from 10.5 percent to more than 40, which is terribly typical of the pay spikes received by these public employees, the backbone of the “Friends and Family Plan of Niagara Falls®.”

Amazingly, in one case regarding the newly hired city administrator — Mayor Paul Dyster’s right-hand man Nick Melson — the council had the gumption to reject the raise.

Elsewhere in the county, however, North Tonawanda’s common council did the opposite and granted their newly hired city attorney Luke Brown a $15,000 raise (down from an original $20k).

Robert Pecoraro brought forward the resolution and the voting went along party lines: Eric Zadzilka, Republican. Donna Braun, Rep.; Mark Berube, Rep.; and Austin Tylec, Independence Party, who voted against the raise like someone looking to upend the status quo in North Tonawanda and Niagara County. 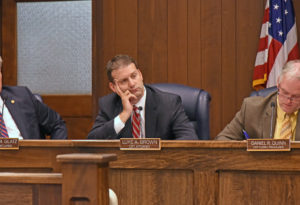 Opposition political figures in county-Republican-dominated N.T. mulled whether to file an Article 78 regarding the huge raise and the manner under which it was enacted: after the previously $60,000-a-year city attorney’s position produced no opponent for the November election that Brown sailed through. (The city attorney also has two assistants as well as maintaining a private practice.)

Since the raise was enacted in January, the deadline for any formal opposition passed last week. (Additional legal questions, however, were raised by open government groups regarding the fact that teenaged proxies participating in N.T.’s unique “student government” day actually cast the votes. Brown says the “spirit of the law” was maintained by having the actual councillors present in the council chambers.)

Of the many recent raises granted to public employees across Niagara County arguably the most egregious, though, were those bestowed by the Niagara County Legislature upon itself immediately after winning re-election against mostly non-existent opponents.

And scandalously, after telling residents they wouldn’t vote themselves the raises, the Legislature shamelessly did it anyway. (Who gets to do that?!?) 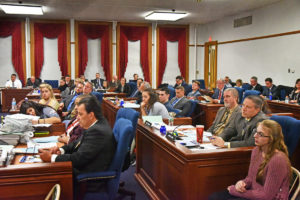 Members of the Niagara County Legislature just before voting themselves 27 percent raises after they vowed before the election they would do no such thing.

As if the lifetime health insurance and the skyrocketing premium increases, reduced meeting schedule and the creation of legislature/patronage support positions weren’t “raise” enough? The lying legislature did it anyway, and Republican and Democratic party leaders got a 25 percent boost on top of the initial 27 percent spike.

The freewheeling handouts hardly stop there as municipalities across the county give their publicly funded employees perks large and small that barely register comment.

The City of Lockport granted bonuses of $5,000 and more to members of the fire department to make go away the issue of the city’s possible return to the ambulance business.

The Town of Wheatfield issues a yearly $500 clothing voucher to its non-union employees — in a measure of “fairness” — because the contract with CSEA stipulates its members get the allowance. (As a side note, the Town of Wheatfield must have an impressive force of well-dressed employees.)

No doubt there’s more, and feel free to comment below or on Facebook any further examples of the perks and raises — reasonable or excessive — that Niagara County’s public employees have received in the recent past.

Until some sort of economic “success” benchmarks are created and achieved, I believe Niagara County’s already well-paid elected leadership, department heads and so on accept a moratorium on new raises.

Not to mention rolling back some of the recent ones, and the consideration of having residents vote specifically on blocks of raises and high-profile ones individually.

Comment and corrective action is clearly what’s needed, which is why I believe the county has witnessed this recent significant uptick in legislators and councillors approving public pay spikes.

It’s drawing to a close this failed era of reckless public spending in Niagara County that benefits the few — just one of the reasons (not concerning the weather) Trump trashed us here.

Let’s change the climate with an end to the shameful raises that should be much closer to freezing rather than in the 30s or 40s.