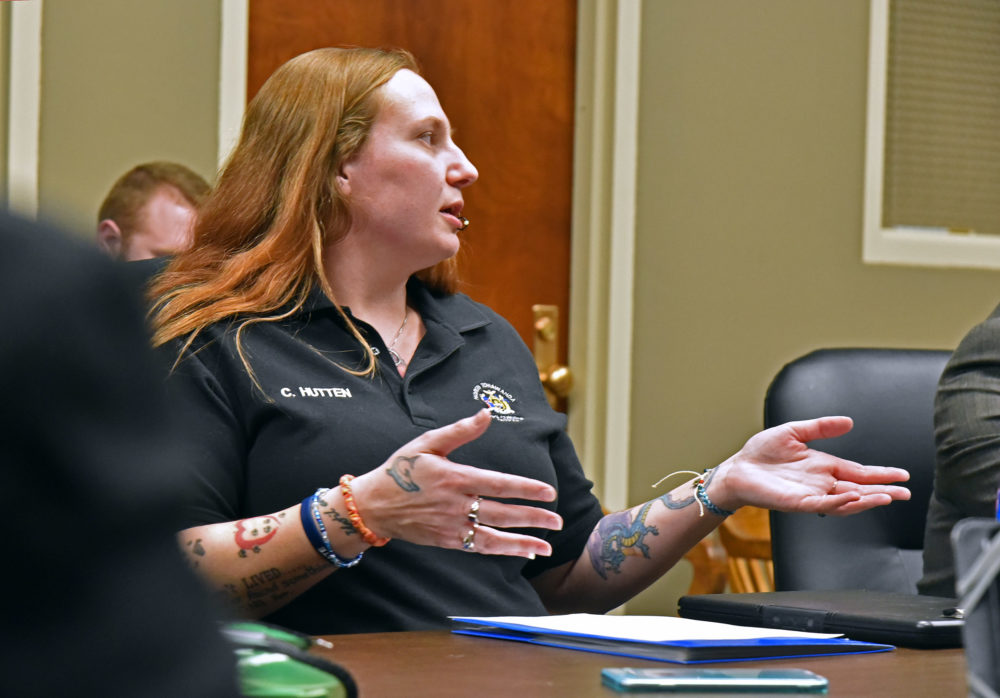 A few weeks earlier, new part-time N.T. animal-control officer Christine Hutten (above) appeared before the city council to give a report on a recent large-dog conference she recently attended with the city’s support.

The discussion soon turned to Council President Eric Zadzilk’a often-mentioned idea to implement a “dog census” in the city as well as a possible limit of three dogs per household and raising the licensing fee, which is currently $7.

But it was “no dogs allowed” at the market that got tagged first by the council.

Mayor Arthur Pappas said to Hutten: “We’ve had several complaints in our office about these dogs being carried by people or walking on this hot surface and the possibility of the heat or the crowds snapping at people dogs and urinating on food or table posts or people’s feet. We get all kinds of questions about this. Have you had to handle that? Have you tried? How does that work and what can we do?”

Hutten: “Dan (City Clerk Dan Quinn) has come to me a few times because the City Market Clerk has asked that I come. My only concern about that law that is up there, I’ve looked for it and the article that it goes under for Ag & Markets or the health code it’s actually HIPAA. And I’ve actually had people scream at me after telling them you can’t have a dog here. I’ve gone several Saturdays in uniform and walked around. The problem I face is that I get police calls on me saying I’m harassing people. Happened to me at Canal Fest. I’ve gone to the city market. I’ve told people ‘You cannot have dogs here. There’s a fine. Please take your dog home.’ ‘Well, I’ll just put him in the car.’ ‘Then I’ll call the police on you.’ Everybody knows as dog control I cannot enforce cruelty. I am not a peace officer. That’s the police. Unfortunately, the SPCA, we won’t go there, but they refuse to touch North Tonawanda. And I have concerns over contamination. Dogs aren’t vaccinated.”

“And I thought of using that as great way to say ‘Hey is your dog licensed? Where is his license?”

In other news, the mayor announced N.T. was listed “as one of the safest cities in New York” according to a study based on FBI crime data and praised the cooperative nature of the community as well as the police department.