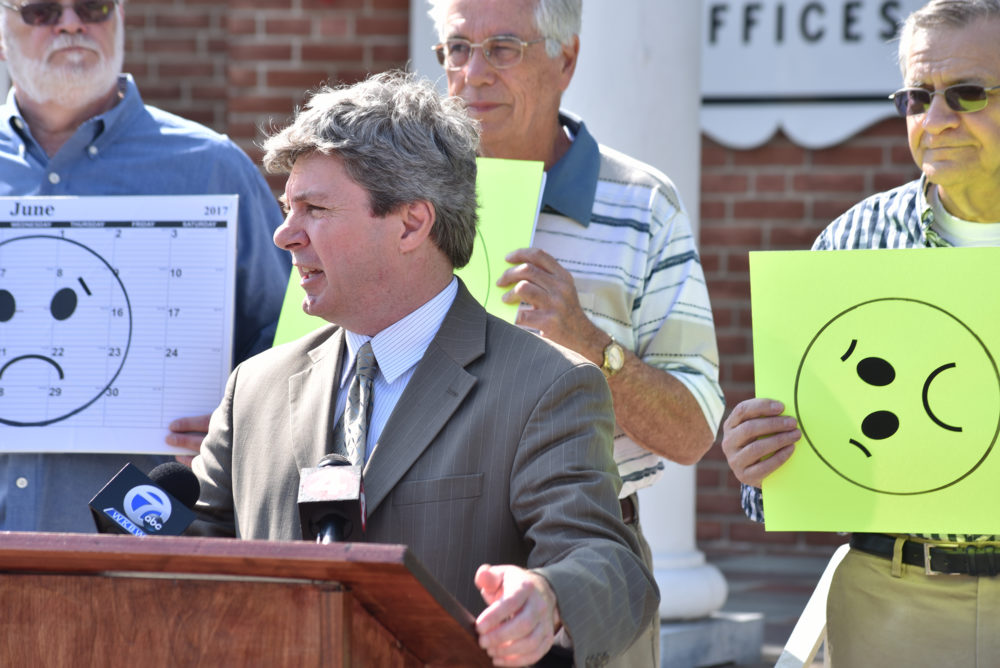 There should be no secrets when it comes to the functioning and record keeping of local government.

Information should flow freely from administrations and municipal departments to residents and taxpayers.

An important aspect of that is the calendar a mayor or town supervisor keeps to track their appointments, meetings and other municipal business they undertake to fulfill the 30 hours a week they are required to work to receive their full-time pensions.

The non-partisan Buffalo Niagara Coalition for Open Government recently released a report measuring the timeliness of a FOIL (Freedom of Information Law) request for the 2016 calendar of each municipality’s presiding elected official.

“One third of the elected officials claimed they do not keep a schedule/calendar of their government-related activities when a FOIL request was made for the information,” said attorney and BNCOG president Paul Wolf (above).

As for timeliness, nine of the 11 municipalities provided the information within 30 days. (Niagara Falls and Buffalo took an additional 10 days to complete the requests.)

Most municipalities provided the documents at no charge. However, the City of Lockport priced their results at $26.25; Niagara Falls, $16.50; and North Tonawanda, $106.

Wolf said NT’s charge was “unusually high” and reflected that Mayor Arthur Pappas’ calendar ran in the hundreds of pages.

It’s easy for elected officials to say they support transparency in government — and all of the above five supervisors have made statements to that effect — but implementing such procedures and following through on them is what’s going to get us better, more responsive government in Niagara County and Western New York.

It’s imperative for all of our municipality’s executive officers to adopt the professionalism and required transparency of maintaining and preserving a daily calendar. 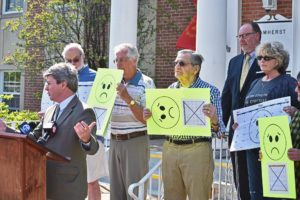 Paul Wolfe and members of the non-partisan Buffalo Niagara Coalition for Open Government stand on the steps of Amherst’s Town Hall on Main Street in Williamsville to draw attention to the release of its 2016 calendar FOIL report.

State and local government agencies including public corporations and authorities are subject to the Freedom of Information Law.

Within five business days of receiving a FOIL request, government officials are required to make the requested information available, deny the request in writing or respond in writing acknowledging the request and providing a timeframe by which a response will be provided.

Government officials can charge up to 25 cents per page for paper up to 9 by 14 inches. Fees for copies of other sized records can be based upon the actual cost of reproduction. Records that are transmitted electronically are often done so without charge but an agency can charge for employee time spent preparing the electronic data.

The Buffalo Niagara Coalition for Open Government evaluated the response of a Freedom of Information Law (FOIL) request to sixteen municipalities in Erie and Niagara County.

A copy of the FOIL request made is below:

“Please consider this a Freedom of Information Law request to obtain a copy of the Supervisor’s 2016 calendar/schedule. My preference is to obtain this information electronically, which typically does not involve a copying charge.”

Compliance with Acknowledging the FOIL Request

The good news is that municipalities are complying with the required response time and a majority of them, (9 out of 16) responded within two business days.

The municipalities that were sent a FOIL on 2/13/17 at 10:00 p.m. and the date they acknowledged the request are listed below:

Each of the five elected officials above has publicly stated that they support transparency in government. It is hard to believe that a Town Supervisor or Mayor regardless of the size of the government they lead does not keep a calendar or schedule. Either they do not have much activity going on or they simply do not want to release their information to public scrutiny. Attached at the end of this report is a copy of the email exchanges requesting the schedules of the five above named elected officials.

Citizens have a right to know what their elected officials are doing as far as meetings, appointments and events. Elected officials, unlike other governmental employees, are not required to document their work hours. Almost every part-time elected official claims they work thirty hours per week, which allows them to earn full time pensions for part-time work.

The Town of Amherst with a population of 122,000 people is the second largest municipality in the Erie/Niagara region. In 2016, Supervisor Weinstein’s salary was increased from $75,000 to $105,000, yet Weinstein claims he does not keep a schedule regarding his job duties. In 2013, Paul Wolf, Esq. requested and received a copy of Supervisor Weinstein’s schedule through FOIL. In 2017, Mr. Weinstein claims that he no longer keeps a schedule.

When running for town of Lewiston Supervisor, Steve Broderick stated “We need to promote transparency, we need to keep in touch, and we need to make sure our residents know we want input in how we operate their government.”

After being elected as Mayor of the Village of Lewiston in 2014, Terry Collesano stated “… we’ll just continue doing what we have been doing: have transparency; open government; have people see what we’re doing.”

Mr. Cliffe has announced that he is not seeking re-election as Wheatfield Supervisor this year.

Maintaining and providing a schedule of activities when requested is an important part of transparency in government.

Other than the five elected officials who stated that they did not keep a schedule, the requested information was promptly provided by nine out of eleven municipalities, (80%). With the exception of Niagara Falls and Buffalo, every municipality was able to complete the FOIL requesting by providing information within thirty days.

Three of the eleven municipalities that provided information requested a fee, with North Tonawanda’s fee being unusually high at $106.00. A listing of the responses received by date and the fees requested are below:

As part of its mission the Buffalo Niagara Coalition for Open Government will continue to evaluate and advocate for transparency in government. 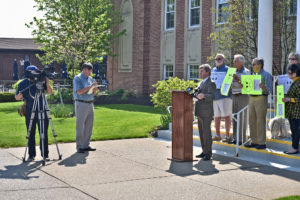