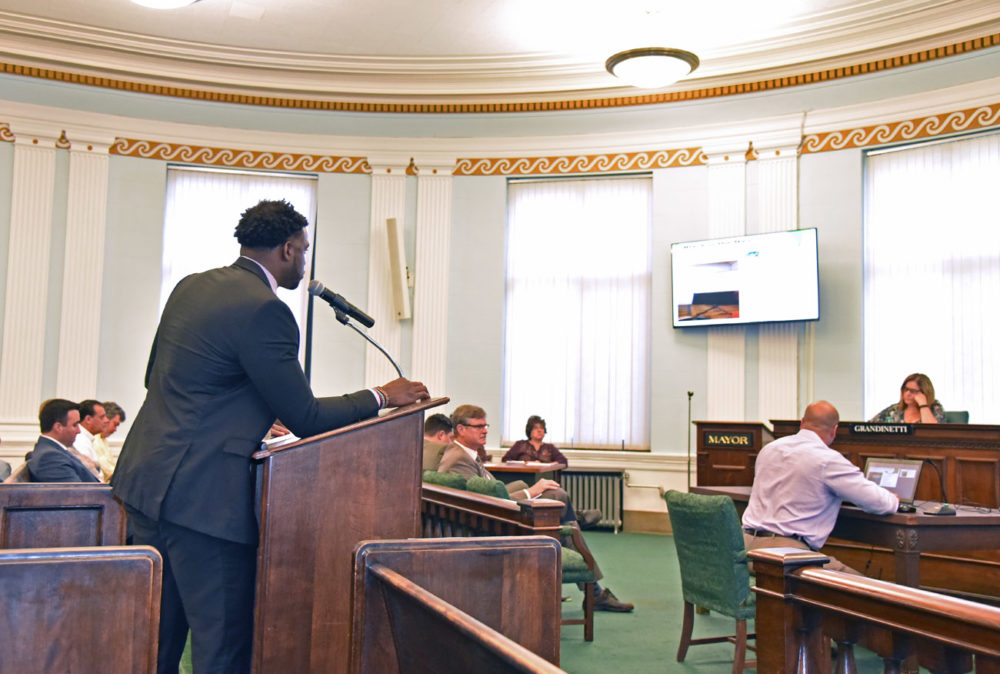 During the Niagara Falls Common Council pre-meeting work session on Monday, Councilman Ezra Scott Jr. made a presentation about a recent trip he took to Washington, D.C.

While there, Scott accepted a $750 awards-dinner ticket, of which he posted a picture on his social media. From there, the matter quickly made its way to the city’s law department, where it was being investigated as a possible ethics violation. A public official is not allowed to receive gifts worth more than $75.

Chairman Andrew Touma: “Councilman Ezra Scott attended the Congressional Black Caucus Foundation Annual Legislative Conference. We are very fortunate that he’s going to do a presentation tonight and give some insight into what the conference was all about and what he could bring back to the City of Niagara Falls.” 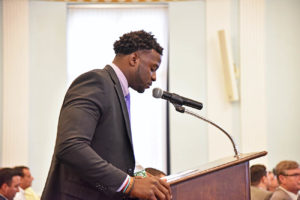 Ezra Scott Jr.: “Hello, everyone. I attended the Congressional Black Caucus Foundation Annual Legislative Conference, which was held Sept. 14th to the 18th, 2016, in our nation’s capital. On Sept. 17th, I attended the Phoenix Awards dinner hosted by the organization with a ticket that was given to me by a member of the organization. Due to the popularity of the event it was sold out and I was unable to purchase a ticket on site. This event allowed me to be in the room with the president of our county as well as other dynamic individuals.”

“I accepted the opportunity to attend and shared my experiences on social media to continue to be transparent with my constituents. Once I arrived back home a check was mailed to cover the expenses of my ticket. My expenses for the trip were authorized and paid by the City of Niagara Falls. I volunteered a few hours at the Working Family organization booth in the exhibitor hall to speak about my experiences with the organization. They have a pipeline that they’ve created to where they take individuals like myself, who really didn’t have a prior history in politics, but educating us and grooming us to become candidates that understand the political process. So this organization, I’m very grateful for it, and definitely would love to push it, if possible.”

Scott began a slideshow for the council and residents in attendance. 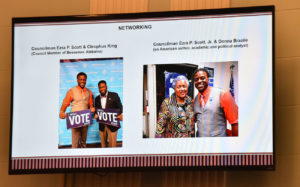 “The vision and mission of the Congressional Black Caucus Foundation is a world in which all communities have an equal voice in public policy through leadership cultivation, economic empowerment and civic engagement. The mission is to advance the global black community by developing leaders and forming politics and educating the public.”

“This was a seminar, a workshop I attended. The name of this workshop was Black is the New Green. The gentlemen was talking about top green-career opportunities with no degree required. We live in a  city with poverty in it and there’s individuals who may not have a degree. So this right here is something that we can tap into and look into as far as the workforce here in Niagara Falls. Some of the fields that were pointed out are solar-panel installer, urban farmer, clean-car mechanic, urban forester, wind turbine fabricator and many more.”

“The gentleman that’s speaking is Leonard Robinson. He’s an engineer. And the advantage I see to going to these events is that I was able to introduce myself to this gentlemen. And I was also in a room with many more engineers. And understanding that we’ve been as a city not having a head engineer for many years and I introduced myself to this individual and he introduced the organization, The National Society of Black Engineers. Once he gave me that information and gave me a point of contact, I immediately transferred that information and gave it to the mayor, its administrator and to Ruby, head of human resources. And I’m very hopeful maybe that can land us a city engineer.” 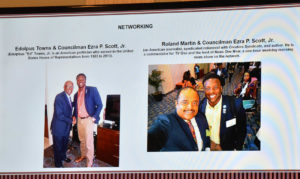 Scott with Eldolpus Towns, left, who served in the House of Representatives for from 1983 to 2013, and Roland Martin, journalist and author.

“My Brother’s Keeper Town Hall. This was an event I also attended. It was a panel discussion and featured many guests. Omari Hardwick, which many people know as ‘The Ghost.’ Rickey Smiley, a comedian. Malik Yoba from Iconic 32 and Al Sharpton, the civil rights activist. Congresswoman Fredericka S. Wilson. She founded the organization in 1993. It’s called 5,000 Role Models for Excellence Project. Finding different role models in black men all across the country.”

“Another workshop, Producing STEM Stars. Supporting science, technology, engineering and mathematics. Success among African-American students. This slide right here is the panel discussion one of our young men going through STEM education and he asked a few questions.” 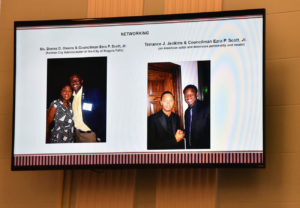 “One of the individuals in the crowd asked the question, ‘For those who don’t have white privilege like Albert Einstein, how do we become successful?’ Now when this lady asked this question, one of the boys that she brought up said that Albert Einstein was B student in school. But again, he managed to be successful and considered a genius. Not everyone may succeed or thrive in the education system, but that’s the benefit to STEM education. It’s a different way to teach and think. I would like to see this pushed in our schools. And that’s one thing I’m working on currently. I have a meeting with a professor and doctor at Niagara University looking to implement STEM education and some of the programs in Niagara Falls.”

“One of the things I’m pushing is with Niagara’s Choice Credit Union regarding a student banking program and financial literacy. I’d like to see if Niagara’s Choice would open a credit union inside the high school, which would be worked by the students and have one supervisor who actually works for the union. We would be able to teach our kids financial literacy and open up bank accounts.”

“The average income in our households is $30,000 to $32,000, and a quote I like to say is, ’It’s not how much money you make, it’s how much money you save.’ We can teach our individuals and constituents to be more financially literate.”

“And last but not least, I have a receipt for the ticket I received while in D.C. ‘Thank you for your generous donation’ and that is the receipt for the $750 donation to the Congressional Black Caucus.”

Touma asked the council if they had any questions for Scott; none did.

Later, Scott had this to say: “Personally, I think that’s the problem with politics. People become afraid of this because of all the mudslinging that happens. People who want to tarnish your name. They think somebody is always up to something. I personally feel that you have individuals who were just digging for dirt that’s not even there.”

“I have a genuine interest and willingness to learn to improve the city and to improve my professional development. That’s what I’m concerned about.”

“When I originally registered for the congressional black caucus, the package that I was looking for, everything was sold out except for a $2,000 package, which I wasn’t going to have the city pay for. I was thinking I’d go down there on a whim and get down there, network and try to meet people and enjoy the experience overall. I was down there and I was invited to certain receptions that you had to know the right person in order to even know what was going on down there. I heard about the Phoenix Dinner. I was asking people about it and they said those tickets were sold out. So I ended up coming across an individual who worked on the board of directors for it. I asked him, if you come across a ticket by chance, let me know. I just wanted to get in there.”

“After an hour into the event, the gentlemen texted me to let me know there was an available ticket. I said I’m going to take the take the opportunity and I got to the dinner about hour and half late. But just to be in a room with all those great people. But I took care of the ticket. I’m on the up and up. Nothing shady.” 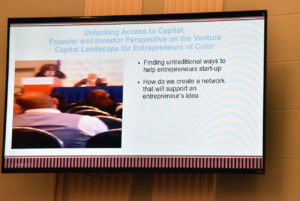 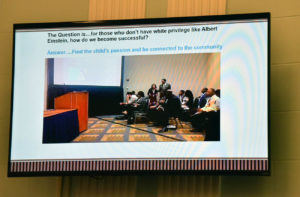 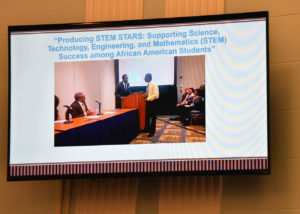 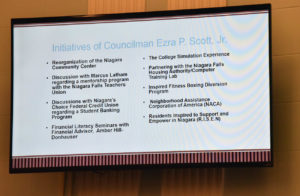