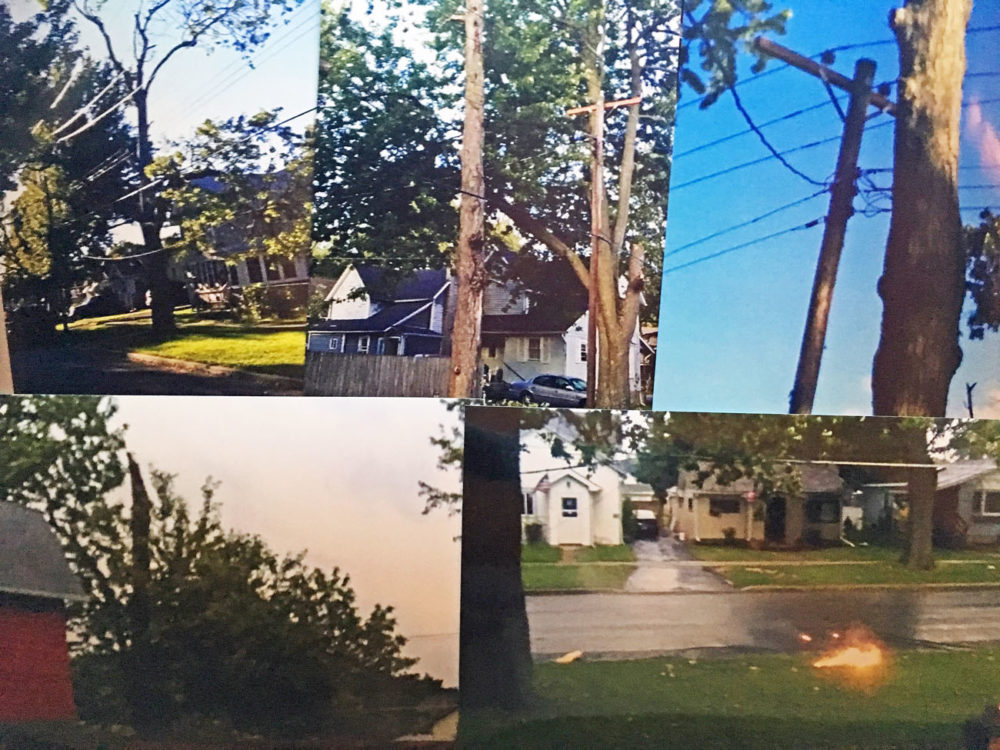 “We’ve had quite a bit of trouble with some trees in front of my home,” said Joelle Waters of Corinthia Street during the public comment section of Lockport’s Common Council meeting on Wednesday.

“I have been corresponding with City of Lockport for three years over the trees on the front of our property,” she said. 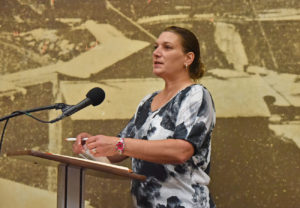 Joelle Waters is concerned about old, dying trees falling on the part of Corinthia Street where she lives.

“The reason we starting corresponding with the city is because my father-in-law had an issue with the trees in front of his house where the damages from the trees coming down were not paid by the city. They had to be paid by their personal insurance because he didn’t give the City Lockport notice that there was something wrong with the trees. I think that most citizens don’t realize if there is an issue with a tree that they have to send something in to the City of Lockport.”

“And by chance I ran into Mr. O’ Shaughnessy. And I asked to the lady behind the counter ‘What else could I do to bring attention to the trees in front of my home?’ And she said, ‘You need to write a letter.’ And I said, ‘This will be number four.’

Waters handed out packets of printed photos to the city council.

“The first picture you see is the tree that came down in front of our home into the street at 7 o’clock at night. If a car was driving by the people in the car would have been severely injured or killed. When they were hauling it away, which took two dump trucks from the city to h

aul away just, the piece that fell was hollowed out. I got to talking with Mark and Joe about these trees. Mr. O’Shaughnessy came out to my home. He not only noticed that the tree in front of our property is dead but on both sides as well. We own both sides. The one in front of our house I thought needed to be trimmed. We deemed that ‘the best tree.’ And that’s the one that came down.”

“When we called the police department our front lawn was on fire and it had taken down both major power lines, and that’s why anyone on the north end who had power outage last week ago Saturday that was our house.”

From the audience: “Thank you.” And laughing …

“During the second phone call I said, ‘We’re not sure what to do. The line is exploding and we were trapped inside our property.’”

“My question is that there has been a committee formed and the city has one work crew and I am a huge proponent to keeping the jobs in Lockport. I want all the work crews doing what they’re supposed to be doing. But I think residents will agree, it is the job of the council to make the safety of the people within our city a priority.”

“Our street is a walking route for two schools and we’re putting the children at risk. We are putting cars at risk by not doing the maintenance on these trees. And I know that at some point it was discussed about outsourcing and having some of these trees taken care of. Far be it for me to understand the budget of Lockport and I don’t know where that money would come from, but the safety of the residents, it should be above all that.”

“On Saturday, the work crew was trimming the trees in Outwater Park. I don’t find that useful when there are residents whose trees need to be trimmed. In fact, the gentleman next door has a tree that’s hanging so far over his house — it’s over his children’s bedroom. Don’t even do my tree. Just trim that and allow that to be a safe issue for his children, and I spoke to Mark about this. I would rather they not touch my tree and know that the children next to me are safe.”

“They did come and take one of my trees down today, which I am happy about. But that tree is still over my neighbor’s children’s bedroom. And It really is a safety issue.”

“Going forward, think about the safety of the residents. And I thank Mark and Joe for their attention to our matter at our home.” 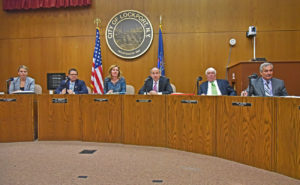