Keeping ‘rain from the drain’ helping to clean Niagara River 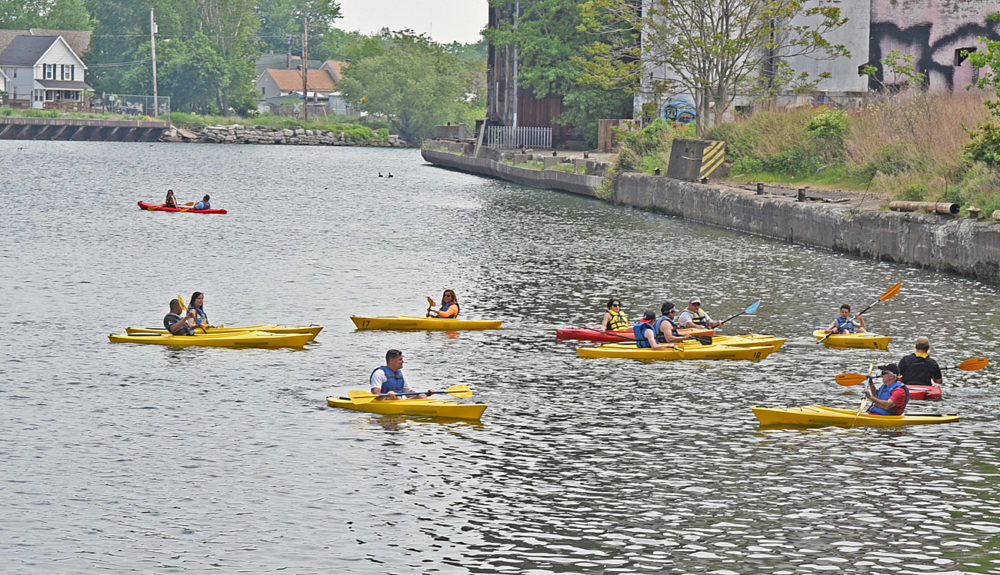 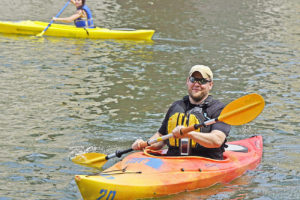 Pat Barczys leads a kayaking tour along the Buffalo River.

A 19-year plan is underway at the Buffalo Sewer Authority to replace the thousands of miles of pipe that combine human waste and and stormwater runoff. When there’s too much rain, it all goes back in the river the way it came in … raw.

Pharmaceuticals and other pieces of debris can enter the waterways as well, Jedlicka said.

Because of the complexity of replacing the pipes and the danger of introducing new problems, there’s an immediate focus on keeping “rain from the drain,” she said.

The goal is to keep as much storm water from entering the system.

“When the water percolates in the ground, it’s taking away a stressor,” she said.

“Urban runoff is probably the biggest source of pollution to our waterways,” said Joy Kuebler, a landscape architect who’s worked on many “green” projects throughout Western New York.

Part of Kuebler’s design mission is to find ways to slow that rain runoff from entering waterways and the sewer system.

That also helps filter out some pollutants.

Other approaches include “green roofs” that incorporate soil and plants that help collect and retain water instead of sending it straight to the drain.

“It’s all site based,” said Jedlicka, who also reported that the Buffalo Niagara’s drinking water supply is still safe.

While algae blooms on the western side of Lake Erie have been increasing during the past decade, the eastern end has been spared due to the much greater depth of the lake here.

“They’ve already had algae blooms and they don’t usually see them until July or August,” Jedlicka said.

The western basin of the lake is only 8 to 10 feet deep, allowing sun to penetrate the surface and help create the cyanobacteria or what is also known as blue-green algae.

Not only is it disgusting but it’s a potentially toxic stew to humans and wildlife.

The western end of the basin, in comparison, ranges from 20 to 60 feet deep.

So luckily, we don’t experience as much E. coli and salmonella in our waters here.

“The 1960s and 70s were rock bottom for the river after the heyday of industry here, leaving unmaintained sites that continue to leach into the waterways,” she said.

“It’s going to be a long road to recovery.”

The Buffalo Niagara Riverkeeper organization is a nonprofit formed in 1989 after the NYS Department of Conservation completed their first Buffalo River Remedial Action Plan. Later that year, citizens joined forces to form “Friends of the Buffalo River.”

In 2000, the scope was expanded to include the Niagara River, and in 2005 the name was changed to reflect its membership of the Waterkeeper Alliance, which endeavors to “strengthen and grow a global network of grassroots leaders protecting everyone’s right to clean water.”

That organization started in 1966, when commercial and recreational fishermen united to save the Hudson River from industrial pollution in eastern New York state.