N.F. gas station owners
call Seneca project “unfair,” But is it even legal? 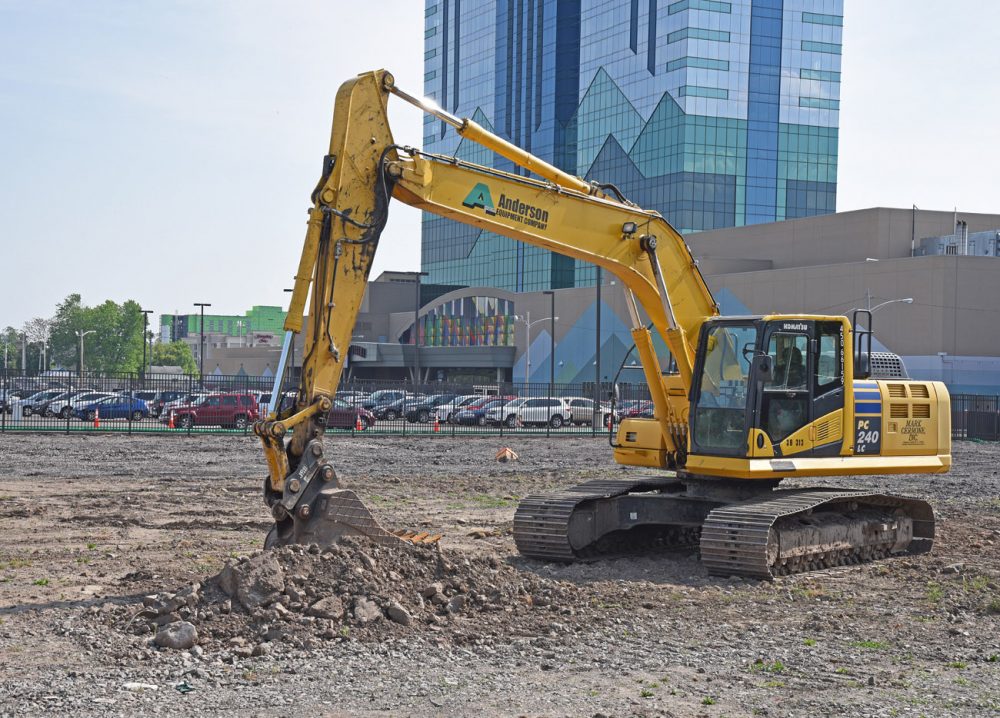 Four years ago, the idea to build a Seneca tax-free gas station at the casino caused state and local leaders to question the legality of such a move.

Four years later, the site is now fenced off and an excavator stands ready to break ground.

Reports have stated the Senecas would like to be finished with the project by the end of summer.

City gas station owners said if that happens, they may be finished, too.

“They can sell their gas at cost and still have a 65-cents-a-gallon advantage on us,” said Paul Poulos, who for 63 years has owned the Star Food Mart on Main Street.

Polulos said the casino has been bad for the entire area.

“You think the politicians care what’s going on here? They get their paychecks. That’s all that matters,” he said. “There used to be 27 stations in the city, and we all made money.”

Shabbir Hussein, owner since 1994 of the Valero gas station at 1911 Ferry Ave. said, “The other businesses will be devastated.”

“I don’t know if it’s legal or not,” he said. “But it’s just another competitor and they are not paying tax on the property and not paying the sales tax so it’s just unfair.”

Hussein said the Senecas are going to take a huge piece of a shrinking pie. “They already have so much money from the gambling. They should not be allowed to do this.”

Examining the situation, it’s hard to say what’s changed since 2012 when Howard B. Glaser, then Gov. Andrew Cuomo’s director of state operations, said the casino property was to be used for “gaming and commercial activities traditionally associated with the operation or conduct of a casino facility.”

The Senecas issued a “no comment” regarding their gas station plans while calls to Niagara Falls Mayor Paul Dyster as well as U.S. Senator Charles Schumer were not returned.

U.S. Senator Kirsten Gillibrand’s office said they were still “waiting to hear back from D.C.” regarding the issue.

Others are wondering what’s next if this project does indeed go forward. A tax-free shopping mall?

Poulos and other gas station owners have sent a petition to Mayor Dyster as well as Gov. Cuomo protesting the gas station and asking them to weigh in on the matter.

“Does Cuomo care?” Poulos asked. “Who knows? I doubt it.”