Is history being shown the door in North Tonawanda?

“When the North Tonawanda History Museum bought the building at 54 Webster Street, it was scoffed at for paying $675,000,” says N.T. History Museum member Audrey Monkiewicz. “Some of the original board members immediately walked away, expecting it to fail. But the Museum survived, thanks to the support of those who believed in its mission.”

“The Museum still owes $289,275 on the building. That sounds daunting, but a vacant structure about a block away from the Museum has an asking price of $900,000. That building was under consideration as a possible relocation site, but its price and its condition made the Museum’s current building look like a bargain.”

“We need to keep the NT History Museum where it is. It is the least expensive and the most logical thing to do.” 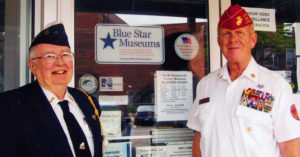 “A grassroots campaign launched the NT History Museum back in 2003. Have residents changed their minds? If not, it is hard to believe that a city of over 30,000 people cannot come up with $300,000 to keep the museum dedicated to its history and heritage.”

“There are always people who believe that somebody else will take care of things. Perhaps NY State? That is not going to happen. The NY State Education Department staff does not move and store collections. They use phones to contact other museums to inquire about their willingness and ability to accept collections. Their staff has already contacted local museums, including the Historical Society of the Tonawandas and the Niagara County Historical Society. They have been unsuccessful in finding a home for North Tonawanda’s treasures.”

“Some people maintain that the Museum should vacate the premises. No site has been found for relocation or for storage. Do we want the Museum to just vanish?” 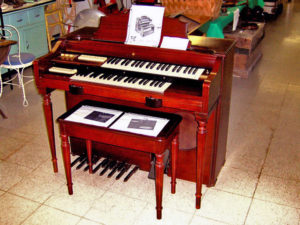 After World War II. North Tonawanda’s Wurlitzer plant began producing several organ models using reeds and electronic amplification. Among them was the Model 44, a spinet with nine stops on each manual and three lever controls for pedal volume and vibrato. The pedal had a built-in sustain. Mary Ann Gondek Goupil has donated a Model 44 to the History Museum in memory of her parents, Adam and The Model 44 was introduced In 1953 and 1954, a new, streamlined version of the reed-electric organ was introduced. These new organs sounded just like pipe organs.

Time is running out. The Museum will be evicted if it does not pay off this mortgage. If you care about North Tonawanda, its history and its legacy, then do something.

An account has been established at M & T Bank and donations over $100 will be returned to donors, if the Museum cannot raise enough to keep the building. Mail a donation to: “Friends of the NT History Museum”, 54 Webster Street, North Tonawanda NY 14120. 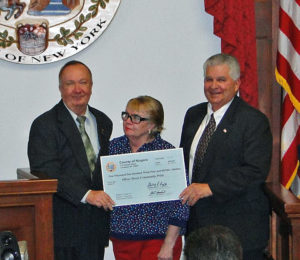 In 2001, museum founder Donna Zellner Neal represented Oliver Street Community Pride and the History Museum on May 3 at a meeting of the Niagara County Legislature. A $1,134 matching reimbursable grant toward the new sign for the Manhattan Street side of the Museum’s building was approved under the 2011 William G. Mayne, Jr. Business/Community Enhancement Program. Funding for this program is through the Bridge Commission. In the photo, Niagara County Legislators Peter E. Smolinski and P. Russell Rizzo make the presentation.

Posted In
editorials, North Tonawanda
Tags
About The Author