Trump cuts to HUD could doom Community Development in Falls 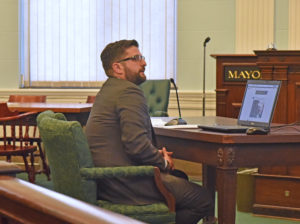 “June is National Home Ownership Month, and we had originally planned to make a presentation on our home renovation and closing cost grant benchmarks,” said Seth Piccirillo (above), Director of Community Development for the City of Niagara Falls.

“We have since changed this presentation in response to President Trump’s proposed cuts to the United States of Department of Housing and Urban Development,” Piccirillo said to the common council on Monday.

“The President’s proposed budget includes elimination of  the Community Development Block Grant and HOME programs, which fund our annual action plans that include projects ranging from housing renovations to public park improvements and summer youth programs.”

These cuts would essentially eliminate the Niagara Falls Community Development Department. The reasoning for the cuts are not clear, beyond a general prioritization of national defense and border security within the budget as a whole.

At a Congressional Appropriations Hearing earlier this month HUD Secretary Ben Carson defended the cuts by stating that “over the course of time there has been significant mission creep.” He went on to say that only about 25 percent of CDBG dollars go toward housing. “Within the budgetary constraints that we have, what is critical?” “We have to prioritize.”

These comments, in response to program eliminations for HUD and CDBG, are confusing. Housing renovation is, and has always been, more than 50% of our annual plans. While the proposed elimination of HUD or specific programs is not a new political theme, the 2018 federal budget proposal is different: Other than the general prioritization of increased defense, it is unclear why HUD is being gutted or if there are congressional leaders that will support this level of cuts.

The knee jerk reaction is to make the emotional argument and plan a rally, arguing that cutting HUD funds is code for taking resources away from poor people and people of color. We are not going to do that for three reasons:

1. I think the architects of these cuts prefer rallies and angry social media comments over informed and level headed conversation. So, no thanks to that.

2. Our CD program is too diverse. Wework in every neighborhood. Our park projects are inclusive of all demographics. Our housing renovation plan, especially our 75% increase 1st time home buyer grants, are bipartisan if you look at the geography of the locations. An elimination of CDBG and HOME would negatively impact everyone in Niagara Falls, not just a specific group of us.

3. We literally do not have the time for theatrics. Our department has never been more active. We have over 20 active contractor projects right now, more coming, in addition to monitoring, a home ownership auction, the ESPR Program and many other initiatives. Pulling our staff members, or our neighborhood sub recipient organizations, away from this for an emotional display would not be the highest and best use of time.

Instead, we are going to communicate the facts about the value of CDBG and HOME to the president and congressional leaders in a way that we know they and their staffs communicate: TWITTER.

Not the way the founding fathers intended it — but sometimes you need to adapt to the times.

I sent these tweets to the President, Speaker of the House and Senate Majority Leader earlier today. I did not send them to our congressional delegation as they are opposed to these cuts. As you can see, they are factual, rather than editorial. I also think these are important updates for the council and the public.

This is my only editorial comment. HUD funds are, in my professional experience, the only federal programs that put real decision making in the hands of everyday citizens. Mayors, city councils and the community are actually able to say, “This is what we need. Let’s go do it.”

These funding cuts do not stem from an overall spending reduction, in the name of fiscal conservatism. Infrastructure is now being discussed, to make people think of local roads.

The reality — federal infrastructure does not typically exist in neighborhoods.

These dollars will be spent elsewhere, unannounced, and you as a council, and all of us as a community, will have absolutely no say.

“The federal government may say that the money is going to defense or infrastructure, but you as elected officials, you will need to take their word for it. Based on my observation of this reduction plan and the fractured state of federal leadership, I do not know if that is a bet any city should take.” 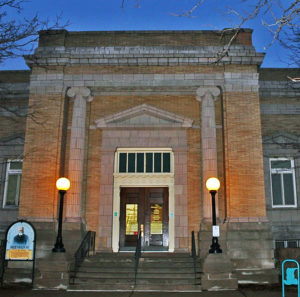