There’s a gang of teens assaulting, harassing and bullying students, parents and other residents around North Tonawanda Middle School.

The recent assault of a 13-year-old boy in front of his mother outside Dollar General at 1385 Nash Road prompted a gathering Wednesday evening at the NT Library regarding a group of 10 to 15 teenagers who gather daily behind the nearby Jamie’s Ice Cream/Wurlitzer Pizza Co. 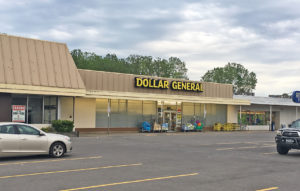 There, they “heckle” and otherwise bully the students heading home. Recently it went beyond that, and participants at the meeting say there are dozens of other reports of intimidation, assaults and other baffling behaviors.

“They are always in large numbers,” said Will Crago (above), who is the father of the boy that was punched in the face by the “leader” of this group.

Because the aggressor is a minor and the incident took place just off school grounds, little could be done by police and school officials to an individual who has already been expelled from the middle school and is being tutored off-site. 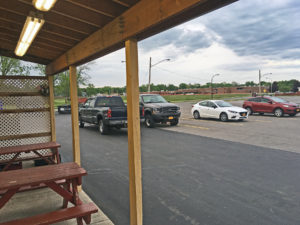 In the distance is NT Middle School.

“There’s a culture of violence at the middle school,” said Crago.

Compared to other suburban school districts, NT’s middle school has a much higher level of fighting and bullying than other districts like Amherst and Starpoint, said Crago based on his gathered anecdotal evidence. He said he’s in the process of getting official numbers from the school district.

“These kids are super confident,” he said. “And I think a lot of people are just accepting it.”

The residents are looking for help from city officials as well as the police department or any one who has a solution for them.

One answer could be placing a resource officer at the middle school. Crago, who is an educator, said these police officers that patrol the halls and school grounds make a difference in deterring student misconduct. 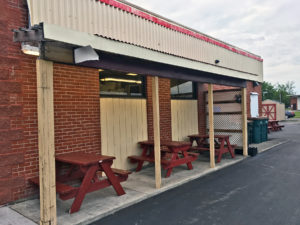 Others suggested a police patrol simply visit the area between 2:15 and 2:45 p.m., which is when the gang is said to gather.

The group is hoping that more exposure and “more eyes on the situation” could lead to a positive resolution.

There will be another meeting from 6-8 p.m. June 21st at the library, and speakers said they are hopeful city officials will attend.