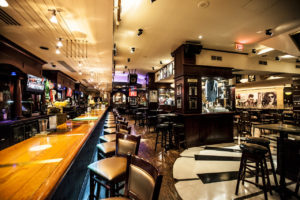 The event takes place from 6 p.m. to 8:30 p.m., and during that time, there’s drinks and food and music by Moxy Cleveland Cabaret to enjoy.

Later, individuals and representatives from local groups and projects will pitch ideas to the audience, which will vote on the project that gets the cash prize.

Antonio’s Banquet Center hosted the last event, and four projects were pitched, including Niagara News Source, an inventive outdoor art/welding project for children and a “healing hands” program for veterans.

Although organizers announced the vote was almost evenly split amongst the four projects, the winner of almost $400 prize was a holiday light-up project for Main Street.

Join involved members of the community and others just looking for an entertaining evening for another Pints for Progress, helping to move the city forward one conversation, one project, one brew at a time. Admission is $5 for first-time attendees; $10 for returning participants.

The photos below are of the November event. 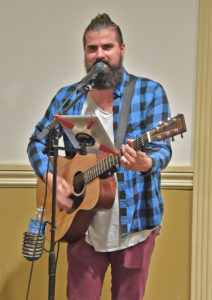 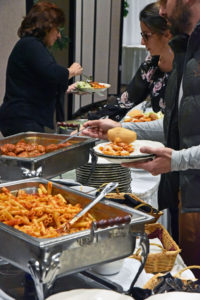 The food was plentiful and delicious at Antonio's Banquet and Conference Center. 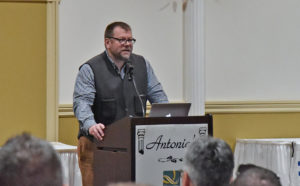 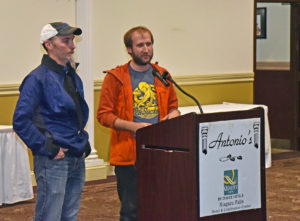 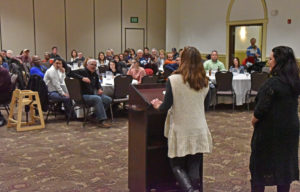 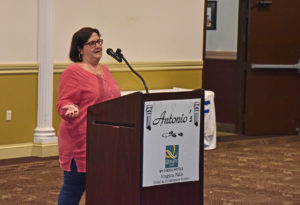 The winner of Pints for Progress #19, Mary Jo Zacher, used the cash prize to help light up Main Street during the holiday season and hoped it would be a precursor to a re-emergent Festival of Lights.