No residents spoke in opposition to the rezoning, which would change the designation from light manufacturing to commercial due to the cafe the YWCA wants as part of a $3-4 million project. 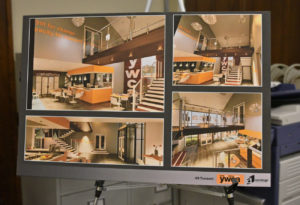 the Tonawandas. I think the suggested upgrade and reuse of the facility is great. It provides housing for women who are single and victims of domestic violence, which there’s a known need for in this area, and it gives a new facelift to the building and allows us to have a cafe and outside patio where we can start to encourage some business and generate some revenue.”

Donna Burgio followed. “I am a property owner at 15 Webster Street. The YWCA is a neighbor there and I think it would be a wonderful addition to the neighborhood. It’s also a very functional thing that’s happening and we are very much in favor of it.”

The planning board is set to vote on the rezoning at its Sept. 12 meeting. The council will vote on it Sept. 20 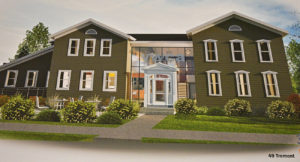