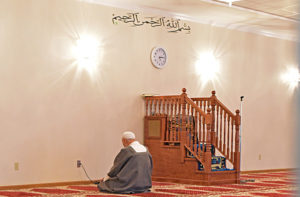 For a year and a half, The Islamic Cultural Center of Niagara Falls has been operating in the former Suzanne’s Fine Dining in Wheatfield.

Inside, not much has changed physically. The main room is now empty and the carpets were replaced but all the lighting fixtures remain. 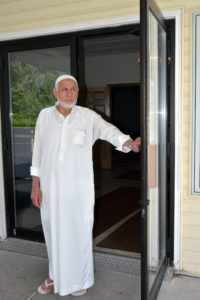 Dr. Mohammad Agwa, president and Imam of the Islamic Cultural Center of Niagara Falls, received his Ph.D in comparative religions from Al-Azhar University in Cairo, Egypt, the oldest university in the world.

Now that Ramadan is finished, and with it the series of dinners, prayers and gatherings led by Dr. Mohammad Salem Agwa, the large facility is largely quiet.

September will see the resumption of classes about Arabic culture, the language and, of course, the Quran and Islam.

“The true Islam because some people are confused now,” he said. “Most of the so-called Imams are not qualified to teach Islam. They did not get any degree.”

Agwa earned his Ph.D. in comparative religions from Al-Azhar University in Cairo, Egypt, which is the oldest university on the planet at 1,400 years. “Older than Oxford,” he said.

There he also studied secular subjects such as biology, chemistry, physics, math, geography as well as Islamic and Arabic studies. Agwa said it takes 14 years to receive a bachelor’s degree at Al-Azhar, with just one aspect of that training being the memorization of the Quran. “I spent another 13 years to obtain my masters and Ph.D. I studied all religions because all religions came from the same god, Allah.”

In addition to being the Imam and president of the cultural center, Agwa is also a professor in the languages department at Niagara University and has lived on Nash Road in Wheatfield for nine years.

Previously, the cultural center was located on Pierce Avenue in Niagara Falls.

“Allah gave us a chance to buy this building in a safe area,” he said. “Over there, it is a very dangerous area. Here is a very good location, and our neighbors are very good people.”

Other planned upcoming activities include the resumption of Friday prayers — which is compulsory for every Muslim man — as well as another community dinner and gathering at the end of October.

“This is more than just a place of worship,” he said. “Muslims and non-muslims must live together like one family,” he said. “Regardless of our religion.”

Bringing together different religious faiths is part of the center’s mission.

“We bring together Muslims, Christians, Jews and discuss the things we have in common — because all religions came from Allah. All the prophets and messengers were sent from Allah and revelations from Allah.”

The Niagara Falls Cultural Center is the first mosque in Niagara County, and Agwa says he’s in contact with other mosques in Erie County. “Those that are following the Islamic rules as they are,” he said. “Those who are making innovations or not on the right track I have nothing to do with them.”

There are between 10 and 15 million Muslims in the United States, Agwa said. Many come for jobs, to continue their education or as Agwa did, on a university mission to be the president of the New York Islamic Cultural Center in Manhattan.

Agwa said all people can choose where they want to live.

“You and I have the right to live in any part of the world because our lord Allah is the only one, and he created all of us and he created the whole Earth,” he said. “Borders and visas; that is an innovation that was invented by people.”

In the end, it’s all about being good people.

Agwa said the rights of neighbors was another important concept in Islam. 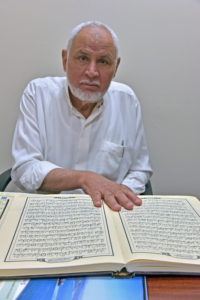 Agwa also performs marriages, including a recent one between a Muslim man and a non-muslim Christian woman.

Later, Agwa added to his remarks. “In Islam, the husband and wife are equal,” he said.

Agwa said it is important for people to follow their destiny.

“Allah, who created us, gave us the free will,” he said.

“Let there be no compulsion in the religion.”