by Joseph KisselJuly 4, 2016
Even as a kid artist, modeler and commercial photographer Bob Collignon thought the “duck and cover” drills of his youth were a Pollyannish response to a terrifying reality shaping his consciousness.

Thermonuclear war. Millions dead. Mutually Assured Destruction. The End of The World As We Know It.

We were astonishingly close during the days of the Cuban Missile Crisis as well as the general era that extended through the cold war of the 60s and 70s and the dissolution of the Soviet Union to a different kind of terror of the 90s and 2000s.

“Dance With the Devil” features images from video and film of the Trinity and Bikini Atoll nuclear tests.

These images were then were heavily processed to “prettify” what the apocalypse might look like at the beginning: a force of nature — a genie out of the bottle — that’s stunningly beautiful.

Or in Collignon’s case. Like candy. For the kids who grew up during that era. Or any era since then.

Collignon processed the photographs, keeping in mind color detail and color process, bringing the pieces to be reminiscent of paintings without paint.

The show incorporates Collignon’s youth during this era and includes plastic airplanes and soldiers, which have figured prominently in his work through the years.

The May 20 opening at The Western New York Book Arts Center, 468 Washington St., saw a solo electronica performance of “Apocalypso Now” by Buffalo music legend David Kane. The ambient soundscape — samples of surf and birds and other environmental sounds mixed with synth strings and other random musical gestures — was triggered by two Roland performance samplers and other synth bits.

“The way I approached it, I wanted it to be putting a smile on the face of the apocalypse,” he said. “As much as it’s a jokey thing, I also think it’s right on. I could have done something with black-and-white images of the people who were burned beyond recognition. I could have used those photos but at the point of realization of what they were people would be immediately turned off and the conversation between the viewer and myself would end right there. By making pretty pictures, things that are initially nondescript that are hard to read you are drawing the viewer in. After they’ve been drawn in with simplistic pretty colors and pretty shapes they can start having a conversation with themselves. I’ve been drawn into this photo of a massive nuclear explosion. I’m ‘oohing’ at a picture of an entire forest being leveled by an explosion. What is that bomber doing? Where its it going? I feel like I accomplished that.”

The show ran through June 24 at The Western New York Book Arts Center. 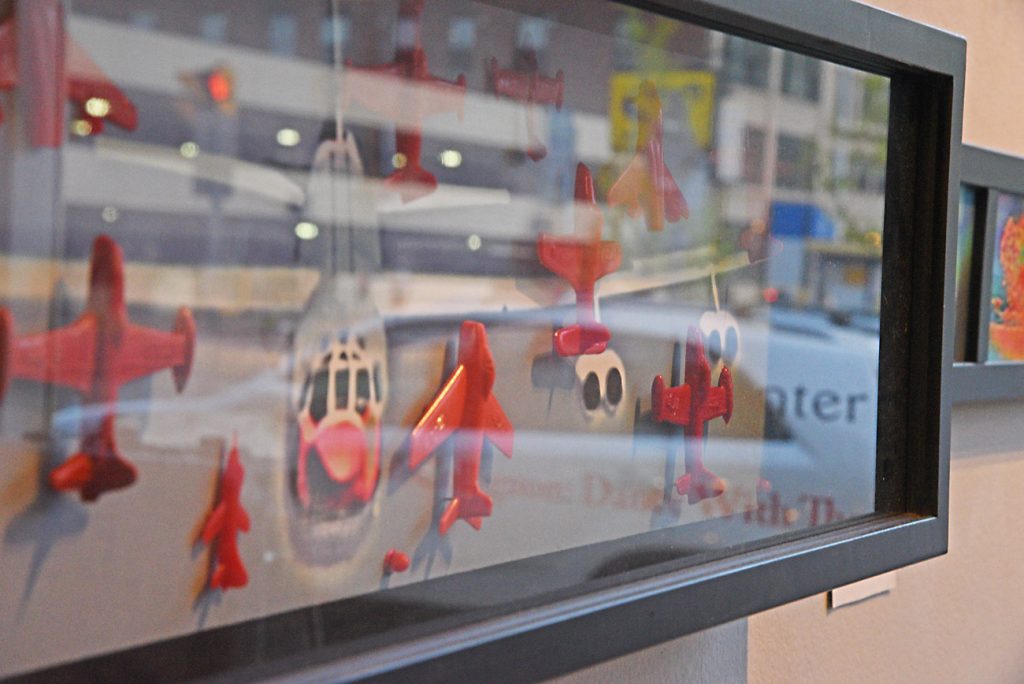 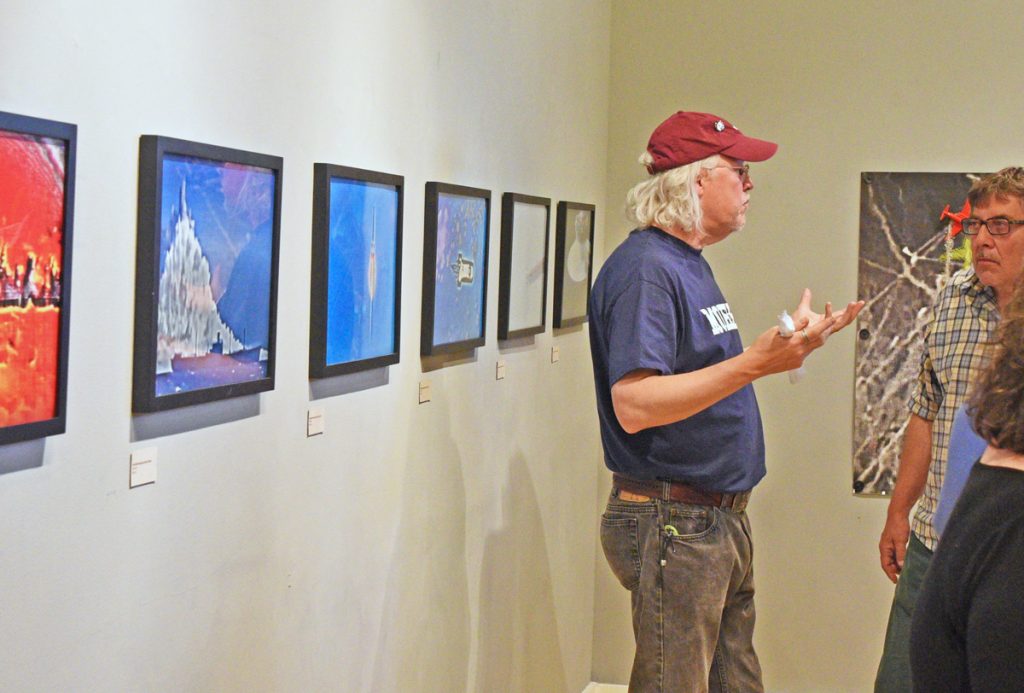 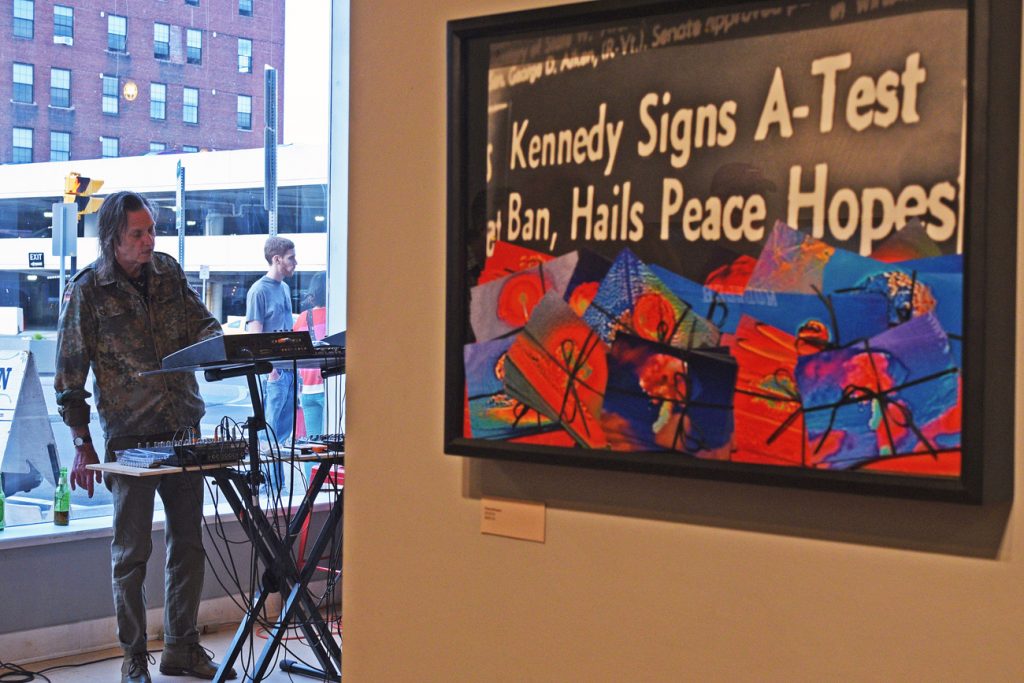 Joseph Kissel
Joseph Kissel is a journalist, editor and photographer. He is also the Vice President of the New York Coalition for Open Government, a non-partisan, non-profit group that advocates for transparency and the public's right to freedom of information.
Buffalo